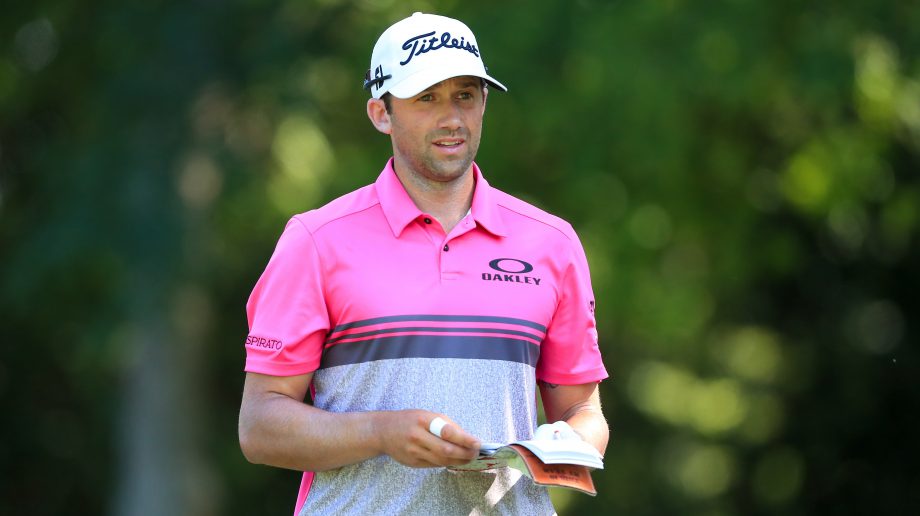 OAKVILLE, Ont. – Canada’s Ben Silverman was having a great round. His shots had been solid all week. His putter was finally rolling. When he spotted a small rain cloud off in the distance, he didn’t think twice about it.

The 30-year-old from Thornill, Ont., shot a 65 in his final round to tie his career low at the PGA Tour’s Barbasol Championship, finishing in a tie for 12th place finish.

But ahead of this week’s RBC Canadian Open at Glen Abbey, the Canadian was still lamenting the rain storm that interrupted what he believed was a run to victory. Silverman was one shot back through 10 holes in Kentucky when a thunderstorm interrupted the fourth round, postponing its completion to Monday.

“I saw a little rain cloud rolling in in the distance, but I didn’t think it was going to be anything severe, and we still had over an hour of daylight, so I’m ready to line up my putt, and they blow the horn, and it’s like ‘Come on!”’ Silverman said, laughing. “I made the putt anyway right after they blew the horn.

“And the next morning it just wasn’t the same feel. It’s like I tried focusing, I tried remembering the same feels I was having on the green or setting up to all my shots, but it was slightly different, it wasn’t quite there, couldn’t quite get it going again.”

Three-time RBC Canadian Open champ Lee Trevino kicked off Tuesday’s festivities in fine fashion. Trevino had the crowd roaring at the RBC Hall of Fame Day celebrations with a stab at U.S. President Donald Trump. Born in the U.S. to Mexican parents, he joked he had to leave last week to get to Oakville on time, because of “a guy building a fence.”

Silverman, meanwhile, is one of 21 Canadians playing in this week’s US$6.2 million tournament and so naturally finds himself a headliner in what’s become an annual story: when will a homegrown player win the RBC Canadian Open?

Pat Fletcher, who was born in England, was the last Canadian winner, taking the 1954 event at Point Grey in Vancouver. Carl Keffer is the only Canadian-born champion, winning in 1909 and 1914.

Mike Weir came close to ending the drought in 2004 at Glen Abbey, but lost a playoff to Vijay Singh.

“There hasn’t been anybody that’s still living, so I want to be the first for sure,” Silverman said.

Silverman believes he has the game to do it this year, a far cry from his one previous appearance at Canada’s annual PGA TOUR stop. He was a Monday qualifier at the tournament in Montreal in 2014, and was a “nervous wreck.”

“I wasn’t even thinking about scores, I was at the time trying to come up with a mental plan to just get through the tournament,” he said. “So it’s so different now. I feel comfortable. I feel like I belong. Ready to come out here and try to win. Totally different feel.”

Among the other Canadians in the field are fellow PGA TOUR regulars Adam Hadwin and Nick Taylor of Abbotsford, B.C., Mackenzie Hughes of Dundas, Ont., Corey Conners of Listowel, Ont., and David Hearn of Brantford, Ont., as well as Weir.

Silverman rocketed nearly 1,000 spots in the Official World Golf Ranking in early 2017, his victory at the Price Cutter Charity Championship last August earning him PGA TOUR status for the 2017-18 season.

Now at No. 135 on the FedExCup standings, a good week will lock up Silverman’s PGA TOUR card, which would mean a less frantic life for he and his wife Morgan.

“It allows me to plan my schedule next year, so I don’t have to travel like a crazy man, I can play maybe 22 events a year, instead of 32, which would be fantastic,” he said.

Their son, Jack Palmer, just turned one, so it’s been a whirlwind existence for the young family.

“Every week is a new week and new experience it seems,” he said. “Morgan and I had a little birthday thing for (Jack) last week, I wasn’t in New York for her family and his birthday, I’m seeing some of my family this week, so you’ve just got to adjust,” he said. “That’s why I was saying 22 weeks on the road would be great instead of 32 so we could have some time to relax, go home, because it can be kind of hectic. But you just kind of roll with it.”

Jhonattan Vegas of Venezuela is the tournament’s two-time defending champion and will be looking to become the first player to win three straight titles when the event officially gets underway on Thursday, July 26.

Tickets and other information on the RBC Canadian Open can be found at www.rbccanadianopen.com.