Did you know the first person to skip the pond at Augusta was Canadian? 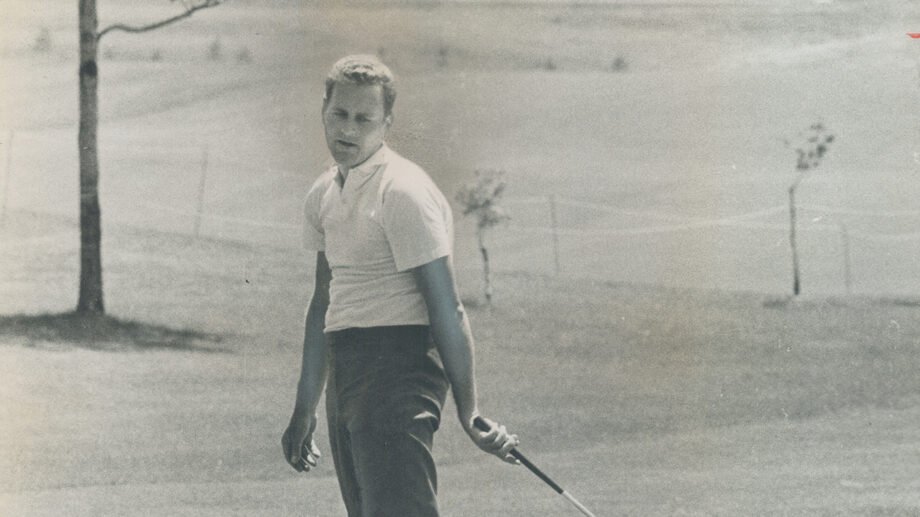 Some of the most anticipated videos that emerge from Augusta National Golf Club each year are those from the par-3 16th. While there have been plenty of hole-in-one efforts during the tournament itself, as many know, it’s the pre-tournament skips across the water that really make people smile.

But did you know that skipping a ball across the pond on 16 was started by a Canadian?

Gary Cowan, the reigning U.S. Amateur champion at the 1972 Masters Tournament, did it for the first time. It happened in front of Ben Crenshaw, who would go on to win two Green Jackets.

“Ben couldn’t believe what I was doing,” Cowan told the Augusta Chronicle in a recent interview.

There has been a little bit of debate who started the skipping situation, with Ken Green and Mark Calcavecchia claiming to have started it in 1987. Lee Trevino and Seve Ballesteros said they did it before that, though, in the early 1980s. People thought that was the start until photos of Tom Kite doing it in 1979 emerged.

But that was a good seven years after the Canadian.

Cowan, who played eight Masters Tournaments in his career (his best result was a T25 in 1964), didn’t even give a thought about what potential repercussions would be for his fun shot.

“You know, that never crossed my mind,” Cowan told the Chronicle about whether he thought he might get in trouble by the Green Jacketed members.

Green, meanwhile, told GolfWeek in 2016 he was quickly scolded. He had a letter from then-Chairman Hord Hardin waiting for him in his locker when he got back inside.

“I think the words were, ‘Here at Augusta, we refrain from that sort of behavior,’” Green told GolfWeek, although that didn’t stop he and Calcavecchia from doing it again the following year.

And now skipping the ball across the water on 16 is as traditional as pimento cheese.

Jace Walker, Mackenzie Hughes’ caddie (and fellow Canadian) was part of one of the most-shared videos of the week from the Masters in 2022. He, along with three other caddies, all skipped shots using their players’ clubs in sync earlier this week.

While making it across the pond, and coming ‘close’ is fun enough, there have been a few times when just getting it on the green wasn’t going to cut it.

Vijay Singh, Martin Kaymer, and Jon Rahm have all skipped their ball across the water… and into the hole.

Singh did it in 2010 with a punched 4-iron. The ball skipped three times and caught that familiar slope before rolling into the hole. Kaymer did it in 2012, while Rahm has been the most recent to do it.

Just one day after he made an ace (the usual way!) in a Monday practice round in 2020 on the 4th hole, he skipped a ball three times (like Singh) and caught the same slope before dropping. A video of the shot, now on YouTube, has racked up nearly 3-million views.

It’s more likely to take an average golfer 3-million tries to make it across, but every year when you see the best in the world skip a ball on the pond of the 16th hole at the most iconic golf course in the world, remember that it was a Canadian who started it all 🇨🇦 🇨🇦