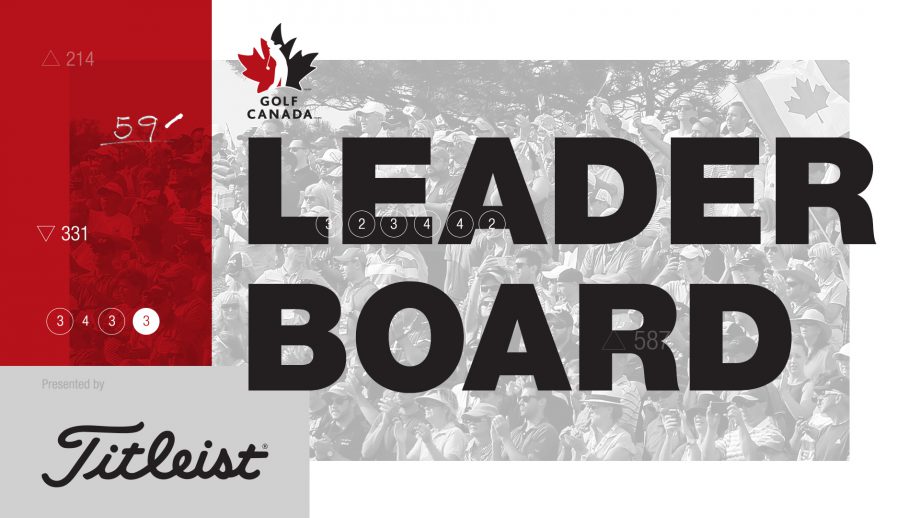 Below is a list of how Canadian golfers fared across the major professional tours the week prior.

Talor Gooch ran off three birdies in four holes to start the back nine on his way to a final round 64 and a victory at The RSM Classic. It was his first PGA Tour title, which earned him an invitation to the Masters in April  and moved him to the top of the FedEx Cup standings. He became the seventh player in the 12-year history of the event to make the RSM Classic his first victory. Mackenzie Hughes, who won the tournament in 2016, rallied with four birdies over his last six holes for a final round 62 to finish second, three shots behind the winner. It was his third career runner-up finish. …The opening round 62 equalled a career-low round for Corey Conners, which he set just three months ago. …Taylor Pendrith recorded four sub-70 rounds on the PGA Tour for the first time since July. …Michael Gligic notched his best result of the season and first top 30 finish of the year

Jin Young Ko shot a final round 63 to win the season-ending CME Group Tour Championship by one stroke over Nasa Hataoka of Japan. Ko, who won the tournament for the second straight year, took home the richest prize in women’s, $1.5 million, and overtook World No. 1 Nelly Korda to claim the LPGA player of the year honour. Korda, the Olympic gold medalist whose four wins this year included the Women’s PGA Championship, finished in a tie for fifth, six shots behind Ko. …Brooke Henderson finished the year ranked in the top 10 on the LPGA Tour  in Average Driving Distance (9th), Greens in Regulation (4th), Scoring Average (9th), and Rounds Under Par (3rd)

British Open champion Collin Morikawa made five birdies over his last seven holes to overtake a fading Rory McIlroy and win the DP World Tour Championship. The three-shot victory also enabled Morikawa to clinch the Race to Dubai title, making him the first American to finish a season as the European Tour’s No. 1 player. Matt Fitzpatrick, the 2020 winner of the World Tour Championship, tied for second with Alexander Bjork.  McIlroy started the final round with a one-stroke lead but bogeyed three of his last four holes to finish tied for sixth, five shots back of Morikawa.