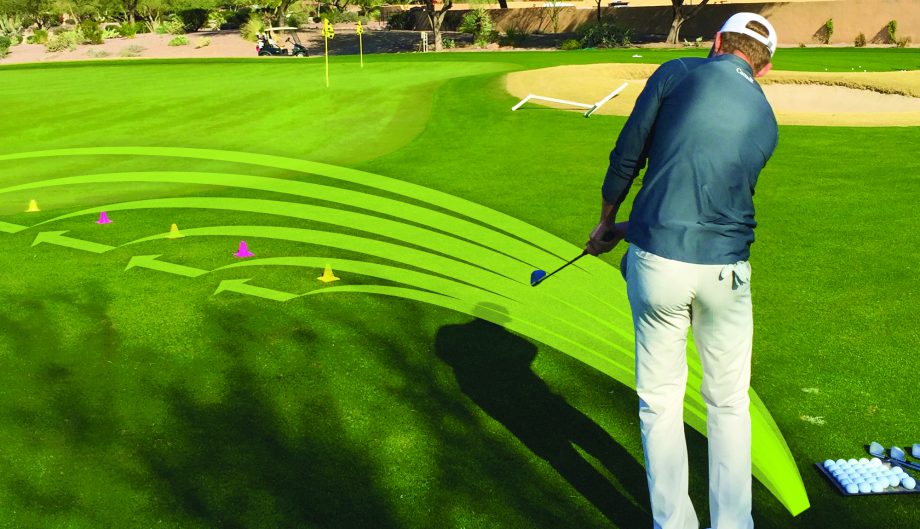 Watching high-level junior and amateur tournaments around the world, I get to see some great young players and am continually impressed with the talent and skills these kids display. However, one area in which I often see simple mistakes made and shots given up is around the green, like hitting high-lofted shots to hole locations that don’t require such a risky play. Sure, it’s fun to throw the ball up in the air but less fun to waste shots!

If you have an opportunity to use the ground then always play the smart, easy and more effective shot. I like the idea of flying the ball one-third of the way to the hole and letting it roll the other two-thirds of the way. And I also like hitting these run shots with lower-lofted clubs — like a pitching wedge or nine-iron. When you have to deloft a 60-degree wedge to hit a running shot, the shaft leans so much toward the target that it effectively eliminates the bounce on the wedge, making it easier to stick the leading edge into the ground. Instead, use a pitching wedge, which allows the shaft to be more vertical (90 degrees) to the ground and makes the shot way easier to play.

Technically, I like the ball in the middle of the stance, the feet close together, and the pressure a little more under your lead leg (60 per cent on lead leg). I like the grip pressure to be lighter so you can feel the club head during this flowing, rhythmic stroke. I also like the feet and shoulders to be slightly open for this shot and the bottom of the club to brush and skim the ground under and just past the ball.

Try this drill, featuring Team Canada’s Jared du Toit, to develop your feel and confidence on run shots. From about five yards off the green to a flag about 10 yards on the green, drop six balls. Start with your most lofted club — maybe a 60-degree wedge — and hit a shot trying to get the ball close to the hole. Then, for each of the next five balls, use a less lofted club each time. Ball No. 2 could be your 56-degree wedge, ball No. 3 your 52-degree wedge, ball No. 4 your PW, ball No. 5 your nine-iron and ball No. 6 your eight-iron. Notice how where you want to land the ball gets closer to you and the ball rolls out more as you move to a less lofted club. You will often be best when the ball flies one third of the shot and rolls the other two thirds — like a putt.

Practise varying your clubs and trajectory to enhance your creativity and get up and down more often.