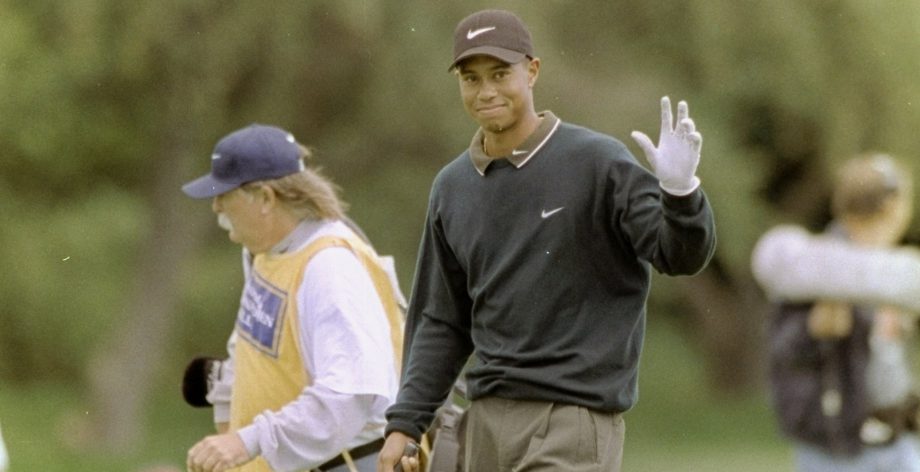 Glen Abbey Golf Club hosts the RBC Canadian Open for the 30th – and possibly final – time next week. Here are five of the top moments at the club, which first hosted Canada’s lone PGA tournament back in 1977.

The biggest moment of them all from the biggest golfer of the last 25 years. Woods hit a towering six-iron more than 200 yards from a bunker, over water, on 18 to win by a shot over Grant Waite. It was his ninth win of the year and his only Canadian Open triumph. He joined Lee Trevino as the only two golfers to capture the Triple Crown, winning the U.S. Open, the British Open, and the Canadian Open in the same year.

Canadian golfer Mike Weir lost the 2004 Canadian Open in a playoff to Vijay Singh after knocking his approach in the water on 18. The native of Bright’s Grove, Ont., came into the tournament as one of the biggest athletes in the country after his Masters victory in 2003 – the first, and only, time a Canadian male golfer has won a major.

Greg Norman’s win in 1984 was made more memorable by his unique path to victory. In the final round, Norman hit an approach over the 17th green and it came to rest under a parked car. A volunteer moved the car and Norman caught a break. He’d go on to win by two shots over Jack Nicklaus.

Strange won his eighth PGA Tour event at the 1985 Canadian Open. He was paired with Jack Nicklaus and Greg Norman for the final round and told The Canadian Press it was “one of the thrills” of his life and added the Canadian fans “adopted” him after that win. Nicklaus would never win the Canadian Open, but would finish runner-up seven times.

Lee Trevino won the first event at Glen Abbey when he bested Englishman Peter Oosterhuis by four shots. It was Trevino’s second Canadian Open (he also won in 1971), and was the first golfer in history to win the Triple Crown.