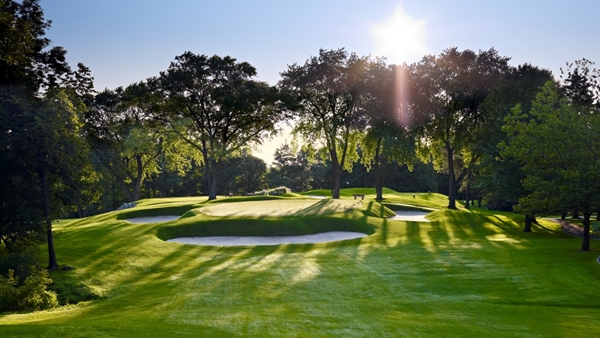 SCARBOROUGH, Ont. – Scarboro Golf & Country Club architect A.W. Tillinghast is one of four distinguished honourees who will be enshrined into the World Golf Hall of Fame & Museum as the Class of 2015.

Scarboro members are thrilled Laura Davies, David Graham, Mark O’Meara and Tillinghast will be inducted on Monday, July 13, 2015 at the University of St Andrews, just blocks from the Old Course, host site of that week’s 144th Open Championship.

“Tillie’s induction into the World Golf Hall of Fame is ridiculously long overdue. He should have been in there from when the hall first opened,” says Canadian golf course architect Ian Andrew of Brantford, Ont. It was Andrew, along with noted American golf course architect Gil Hanse, who completed a sympathetic restoration of all known Tillinghast features and the removal of all recent changes to the course to return it to its original character in the fall of 2007.

“You could argue that he is the greatest American golf course architect of all time. I certainly put him ahead of Stanley Thompson,” says Andrew who has played most of Tillinghast’s layouts still considered among the world’s best and used frequently for golf’s major championships. Bethpage State Park, Winged Foot, Baltusrol GC, San Francisco GC, Quaker Ridge, Fenway GC, Somerset Hills and Baltimore Country Club at Five Farms in Maryland, where London, Ont., golfer Sandy Somerville won the 1932 U.S. Amateur, are all Tillinghast designs.

Born in 1874, Albert Warren (A.W.) Tillinghast took golf lessons from Old Tom Morris, was an admirer of St Andrews, and used that knowledge to become a true pioneer of American golf.  He was a prolific architect, having worked on 265 plus courses including more than 100 original designs in the U.S. courses to his credit.  He was also an original member of the PGA of America and authored a slew of books about the game. He died in 1942 in Toledo, Ohio.

“It’s like a piece of art.  You look at Tillinghast, you look at Alistair MacKenzie, you look at Donald Ross, you look at designers of that era, like David (Graham) pointed out, those guys were artists,” O’Meara said during a Hall of Fame interview. “They just had great pieces of property, great land, great vision, and golf will always stand the test of time even though players hit it further and equipment is better and this and that.”

“We are thrilled Tillinghast is finally being recognized by the World Golf Hall of Fame. His significant talent and genius are evident on every hole when playing this great golf course,” says Neil Rooney, Scarboro’s Chief Operating Officer. “We are proud to have his name connected to Scarboro and the club will continue to preserve and enhance the legacy of his classic design in the decades to come.”

Andrew believes Tillinghast was a genius when it came to creating par-3s. You only need to play Scarboro’s second, fourth, 11th and 14th holes to experience that brilliance. “Of all of the architects of his time, Tillinghast was the one who manufactured greens sites. He was a creator and a constructor. He would bring material together to make things more dramatic than they would have been. He was not afraid to go really big and that set him apart,” Andrew added.

Andrew says Scarboro is worthy of study when it comes to understanding golf course architecture. In his books, the course is home to some of the greatest green sites you’ll find anywhere and its strategic grass-faced bunkers that now hang on the edge of putting surfaces make them all the more interesting.

“In my mind, Scarboro doesn’t get its due as a great place to play golf,” he says. “Strategically it’s a lot of fun to play and one of the best courses in Canada.”

This is the first Class to be elected by the Hall of Fame’s Selection Commission, which debated a group of 16 Finalists.  The four members of the Class of 2015 each passed the required 75 percent voting threshold – approval by at least 12 of the 16 members. The Selection Commission was co-chaired by Hall of Fame members Nancy Lopez, Arnold Palmer, Gary Player, and Annika Sorenstam and included the members of the World Golf Foundation Board of Directors and a mix of institutional and at-large seats.