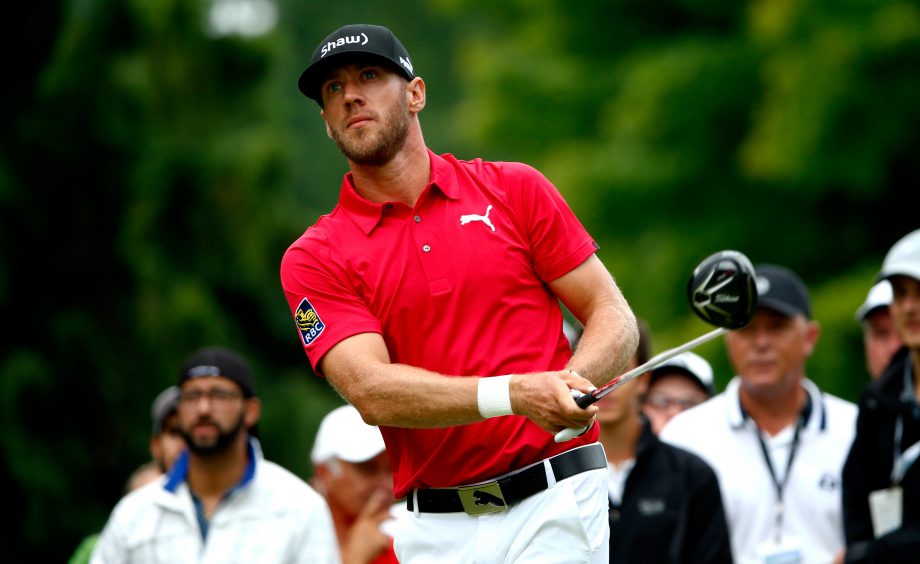 OAKVILLE, Ont. – In celebration of Canada Day, Golf Canada and RBC are proud to announce the first 15 Canadians, including 10 tournament exemptions, confirmed for the 2015 RBC Canadian Open taking place at Glen Abbey Golf Club in Oakville, Ont., from July 20-26, 2015.

Leading the Canadian contingent at Glen Abbey will be Weyburn, Sask., native Graham DeLaet, fresh off a fourth-place finish this past weekend at the Travelers Championship. The finish moved DeLaet to No. 78 on the World Golf Ranking and secured his spot in the field for The Open Championship at St. Andrews.

Garrett Rank of Elmira, Ont., won the 2014 Canadian Men’s Mid-Amateur title to earn his exemption into the 2015 RBC Canadian Open. Leading into tournament week, Rank and Connelly will represent Canada at the 2015 Pan Am Games golf competition, July 13-19 at Angus Glen Golf Club in Markham, Ont.

PGA of Canada professional Billy Walsh of Markham, Ont., earned his way into the 2015 RBC Canadian Open field as the No. 1-ranked player on the PGA of Canada Player Rankings presented by RBC.

“This is OUR Open and we’re proud to have these 15 deserving Canadians compete in the 106th playing of Canada’s National Men’s Open Championship,” said RBC Canadian Open Tournament Director Brent McLaughlin. “The depth of talent in Canadian golf has never been stronger and I’m sure each of them will feel the tremendous wave of Canadian pride and support from golf fans across the country.”

The 15 Canadian players announced today will look to become the first Canadian to capture the national title since Pat Fletcher claimed victory in 1954.

For more than a century, our National Men’s Open Championship has been a celebration of Canada’s most talented golfers. This year, that celebration will be on full display as Friday, July 24 has been declared Canada Day at the RBC Canadian Open. Spectators are encouraged to wear red and white to proudly show their support for Canada’s top golfing talents. Players in the field will also be encouraged to wear Canada’s colours to help celebrate the day.

Pan Am golf champion to earn an exemption…

Golf Canada will also grant an RBC Canadian Open tournament exemption to the winner of the men’s Pan Am Golf Competition happening as part of the Toronto 2015 Pan Am Games. The golf competition will run July 13-19 at Angus Glen Golf Club with 32 players from 16 countries set to compete, including Austin Connelly and Garrett Rank who will represent Team Canada. Besides the champion’s exemption, the rest of the men’s Pan Am golf field will be exempt into the RBC Canadian Open Monday Qualifier happening Monday, July 20 at Heron Point Golf Links near Ancaster, Ont.

Canadian players confirmed to compete in the 2015 RBC Canadian Open include:

Additional player and tournament announcements will be made in the coming weeks. The final field for the 2015 RBC Canadian Open will be released on Friday, July 17, 2015 after 5 p.m. ET.