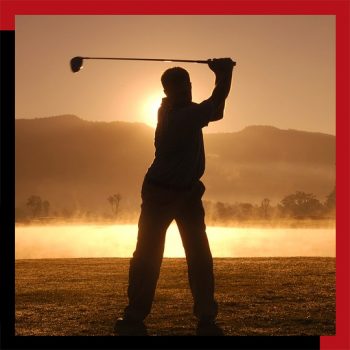 THE SPIRIT OF THE GAME

Unlike many sports, golf is played, for the most part, without the supervision of a referee or umpire. The game relies on the integrity of the individual to show consideration for other players and to abide by the Rules. All players should conduct themselves in a disciplined manner, demonstrating courtesy and sportsmanship at all times, irrespective of how competitive they may be. This is the spirit of the game of golf. 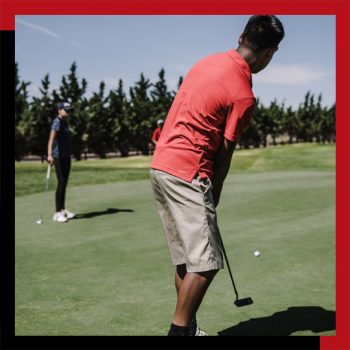 Players should ensure no one is standing close by or in a position to be hit by the club, the ball or any stones, pebbles, twigs or the like when they make a stroke or practice swing. Players should not play until the players in front are out of range. Players should always alert greenstaff nearby or ahead when they are about to make a stroke that might endanger them. If a player plays a ball in a direction where there is a danger of hitting someone, they should immediately shout a warning. The traditional word of warning in such a situation is “fore.”

CONSIDERATION FOR OTHER PLAYERS

Pace of play has become a hot button issue facing the golf industry in Canada and abroad.

The fact is, golfers see and golfers do. The swing habits and on course routines we see each week on the professional tours are all too often mirrored at the recreational level.

Count me among those who believe a few more slow play penalties assessed at the pro level would go a long way towards educating everyday golfers about the ready position.

But pace of play is not simply a Rules of Golf issue. It’s an entire industry issue rooted in the culture of golf. That culture is ultimately set by the golfing bodies, the clubs, the professionals, the superintendents and especially the golfers themselves.

So how do we promote change? It starts with educating golfers on simple ways to play faster: playing ready golf; continuous putting; moving quickly from greens to tees; and for a great many of us, playing from the skill-appropriate tees and distances for a most enjoyable golf experience.

It means encouraging alternative formats other than stroke play, such as match play, Stableford scoring, scrambles and alternate shot events that take less time yet still offer competitive elements to a round of golf. For Golf Canada members who track their Handicap Factor, following the guidelines of Equitable Stroke Control (ESC) goes a long way as well (pick up your ball after having exceeded a net double bogey score for that hole)

PGA of Canada members and club officials play a key front line role in educating golfers on how to play at a proper pace and select the most appropriate tees. The same is true for course starters and marshals as important golfer touch points. A friendly tip from an expert goes a long way.

Some courses encourage a good pace of play by promoting nine-hole rounds and nine-and-dines or offering incentives such as discounts in their pro shops or food and beverage facilities for rounds played under a set time. Other clubs may take a harder line approach with an expected time par strictly enforced and understood among the membership.

Not to be forgotten are the stewards of the playing field. Superintendents and greens staff need to ensure a course set-up that encourages a good pace by maintaining the rough at a reasonable height, manageable green speeds and fair hole locations. The same is true for properly marked and effectively spaced yardage markers or sprinkler heads.

There’s no silver bullet to improve pace of play or golfer awareness. But there’s something to be said for making the turn in two hours or less that’s good value and a lesson worth learning for any golfer.

CARE OF THE COURSE

There is an old saying that says “leave the course in better shape than you found it.” This encourages the behaviour of players to take care of the course as they play it and is for the benefit of fellow players and club staff.

If players follow the guidelines in this Section, it will make the game more enjoyable for everyone. If a player consistently disregards these guidelines during a round or over a period of time to the detriment of others, it is recommended that the Committee consider taking appropriate disciplinary action against the offending player. Such action may, for example, include prohibiting play for a limited time on the course or in a certain number of competitions. This is considered to be justifiable in terms of protecting the interest of the majority of golfers who wish to play in accordance with these guidelines.