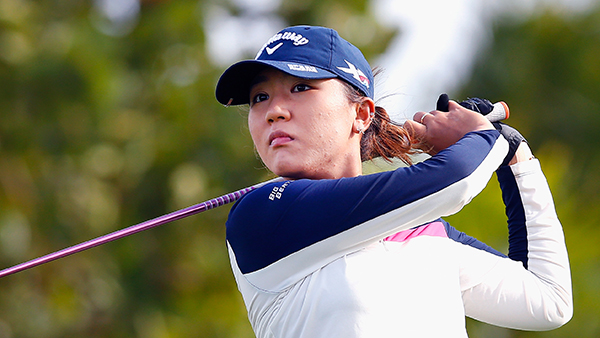 MELBOURNE, Australia – Only 17, top-ranked Lydia Ko says she’s already planning to retire from golf by the time she’s 30, and become a psychologist.

The South Korean-born Ko says she will soon start an on-line psychology degree to prepare for life after golf.

“I say my plan is to retire when I’m 30 so I’m not just going to go to the beach and hang out for the rest of my life,” Ko said Wednesday.

“There’s always a second career that comes along with it and I’m trying to build up towards it and, because I’m playing a sport, psychology links well with it.”

Ko finished second in the LPGA’s 2015 tour opener in Florida on Jan. 31 to become the youngest player of either gender to become world No. 1, breaking the record set by Tiger Woods by almost four years.

Ko, who moved to New Zealand from South Korea when she was six, travels from her Florida base with her mother, Tina. Her older sister, Sura, has an architecture degree.

“My mom will get me off my iPad and phone and tell me to work hard and look at the text books,” Ko said.

In her second year as a pro, Ko said she wasn’t putting too much pressure on herself to win a major this year.

“Last year I had two top-10 finishes (in majors) which was better than the year before when I had one,” Ko said. “I’m looking for more consistency in playing majors and then one day that will give me a chance to be around the lead.”

“It makes you feel old when your rookie year was before these players were born, but when we’re competing against each other I don’t see age as a difference,” Webb said. “We all have the same goal.”

Following her 40th birthday celebrations in December, Webb said she hit the gym hard in the off-season, and hopes to compete for Australia at the Rio de Janeiro Olympics next year.

“I could get away with it when I was younger,” Webb said. “I have to be a bit more diligent now and my body tells me that.”

Also playing on the Royal Melbourne composite course beginning Thursday are South Korean players Na Yeon Choi, who beat Ko in the season opener, and So Yeon Ryu and Kyu Jung Baek, and No. 4-ranked Shanshan Feng of China.