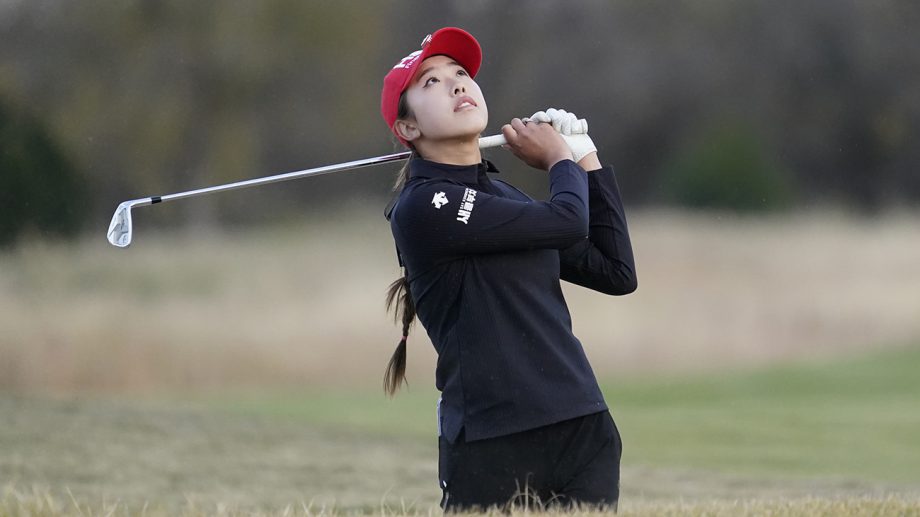 THE COLONY, Texas — Yealimi Noh closed with a double bogey Saturday in the Volunteers of America Classic, dropping the 19-year-old American into a tie with major champions Inbee Park and So Yeon Ryu with a round left.

Two strokes ahead after a birdie on the par-5 17th, Noh took two shots to get out of the right fairway bunker on the par-4 18th and missed a 3-foot bogey putt. She settled for an even-par 71 and a share of the lead with the South Korean stars at 4-under 209 at at Old American Golf Club.

“As soon as I finish, I wanted to see the leaderboard and to see that I’m playing with those two tomorrow,” said Noh, the 2018 U.S. Girls’ Junior winner. “I’m really, really excited. Actually in the beginning of the week I was talking to my parents about Inbee and So Yeon and how I really wanted to play with them and see just how good they are and be light there next to them. So I’m excited for tomorrow.”

Ryu birdied five of the first eight holes in a bogey-free 65, the best round of the event that start Thursday in freezing temperatures. Preparing for the U.S. Women’s Open next week at Champions Golf Club in Houston, she’s playing her first U.S. event on the LPGA Tour since the season-ending tournament last year.

“I have no complaints about my ball-striking today,” Ryu said. “I hit 17 greens, I believe, and then I made so many birdie chances. I wish I could have made more putts on the back nine.”

“We took about seven weeks of break after KPMG and coming back here first week just preparing for the U.S. Women’s Open, so I’m really happy with my game,” Park said. “I was probably thinking that I am going to be a little bit rusty and just trying to get things going before the Open, and that’s what I’m trying to do.”

The Hall of Famer has a big fan in Noh.

“I think Inbee is so incredible,” Noh said. “Her putting especially is so amazing. I really want to see it first-hand tomorrow.”

Ko is making her second LPGA Tour start of the year. She tied for 34th two weeks ago in Florida in the Pelican Women’s Championship.

Jeongeun Lee, the defending Women’s Open champion, was 1 over after a 66