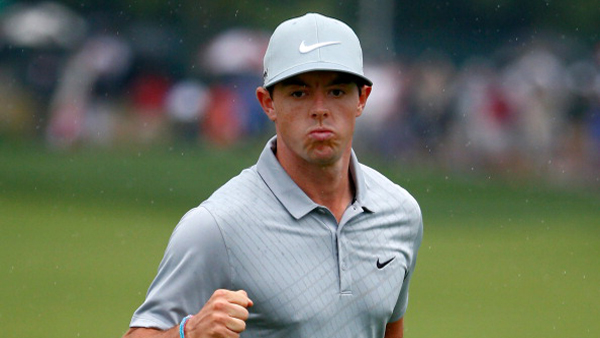 The fight to topple Rory McIlroy starts again on Thursday.

It’s not yet 2015, but the new European Tour season opens this week in South Africa at the Nedbank Golf Challenge in Sun City, with three former top-ranked players among those looking to get a jump on 2014 money list winner and No. 1 McIlroy.

Martin Kaymer and Lee Westwood return to the Gary Player Country Club in the wilderness of northern South Africa as previous winners. Luke Donald is still searching for a win at Sun City, which first offered rankings points on the European Order of Merit last season.

Along with those ex-No. 1s, Thomas Bjorn defends his title following the biggest payday of his career 12 months ago, when the Dane made two back-nine eagles on the last day to claim the hefty $1.25 million winner’s check.

Like a few others in the 30-man field, Germany’s Kaymer faces the balancing act of winding down a tiring 2014 schedule with the chance to kickstart his 2015 season. Kaymer won a second major at the U.S. Open at Pinehurst in June and was also part of Europe’s Ryder Cup-winning team in September.

“It has been a long season, probably the longest I’ve ever played,” he said. “There won’t be much practice this week as it’s just about conserving energy.”

But Kaymer will rely on “positive memories,” he said, after winning the Nedbank in 2012.

“When I play on Thursday, I’m not going to be tired on the golf course. Once the tournament starts, there’s no problem with motivation.”

Westwood was dominant on the Gary Player-designed layout to win back-to-back titles in 2010 and 2011.

The Englishman has been posting a string of photos from Sun City on his Twitter account over the past few days, saying the four flights he took to get to the resort he likes so much were well worth it.

“It’s always great coming back to a golf course where you’ve had success in the past,” he said.

Kaymer, Westwood and Bjorn are joined by fellow European Ryder Cup winners Jamie Donaldson and Stephen Gallacher, and Miguel Angel Jimenez, who was one of Paul McGinley’s vice captains at Gleneagles.

Three Americans hope to be the first U.S. winner since Jim Furyk in 2006: Brooks Koepka, Kevin Na and Brendon Todd, with Todd a late addition after Victor Dubuisson withdrew with injury over the weekend.

Koepka won his maiden European Tour title last month in Turkey and was rookie of the year, finishing eighth on the money list in his first full season on tour. There’s also a feeling the 7,831-yard (7,161-meter) Sun City design might suit the long-hitter, who called it a “neat course” after his first look.

“It plays to a lot of my strengths, which will be interesting as the week goes along,” Koepka said.

South Africans Charl Schwartzel and Louis Oosthuizen are the only other major winners in the field along with Kaymer. But fans’ hopes of a first home win at South Africa’s favorite tournament in seven years are low judging by their form.

“I’m working on a lot of things,” Schwartzel said. “If you ask me how my game is I won’t lie to you, it’s pretty average.”