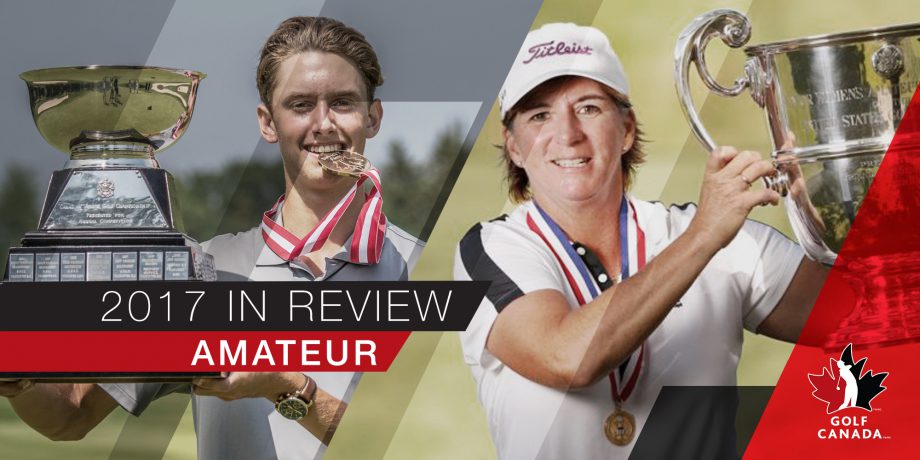 The year 2017 is drawing to a close and what a year it was for Canadian golf. Our pros won literally around the world and on just about every tour imaginable. Our amateurs of all ages made Canada proud at home and abroad. And, off the course, there were significant moments that are well worth memorializing as 2018 looms on the horizon. This is the second of a three-part series remembering most, if not all, of those memorable moments.(If we’ve unintentionally overlooked any—there were so many, after all!—please let us know on Twitter or Facebook.

A BIG congratulations to #TeamCanada‘s @naomiko_golf, who captured her first #NCAA win today at the Lady Puerto Rico Classic ?? pic.twitter.com/siqUgMslbI

Savannah Grewal of Mississauga, Ont., wins her division at the Drive, Chip and Putt Championship at Augusta National, home of The Masters in Augusta, Ga.

How about a BIG round of ? for Canada’s Savannah Grewal, winner of Girls 14-15 division @DriveChipPutt – congrats!! ?? ?? pic.twitter.com/LLustCgOUe

23 juniors from across ?? competed for a national title in the #FutureLinks driven by @acuracanada Junior Skills Challenge National Event. Congrats to our six champions and all participants!

Congratulations to Todd Fanning, who won the 2017 Canadian Men’s Mid-Am in a playoff over Rank & Diack at @The_Wascana ! ????? #CDNMidAm pic.twitter.com/riAVIeC16W

Quebec wins all four medals at the Canadian Summer Games at Southwood G&CC in Winnipeg.

Team Spain wins the World Junior Girls Golf Championship in Ottawa in a playoff over Korea.

Congrats to Team Spain, who completed an 8-stroke comeback to capture the 4th World Junior Girls Championship team title in a playoff ???? #WJGC

Judith Kyrinis of Thornhill, Ont., defeats fellow Canadian Terrill Samuel to win the U.S. Senior Women’s Amateur Championship. Of the nine Canadians in the field, four advanced to the quarter-finals.

Team Canada wins a total of five medals in the inaugural adaptive golf competition of the Invictus Games in Toronto.

University of the Fraser Valley wins both the men’s and women’s titles at the Canadian Collegiate Athletics Association national championships in Oshawa, Ont.

Josh Whalen of Napanee, Ont., and Maddie Szeryk, a dual citizen of London, Ont., and Allen, Texas, recognized as Canada’s top male and female amateur golfers for 2017 by Golf Canada.