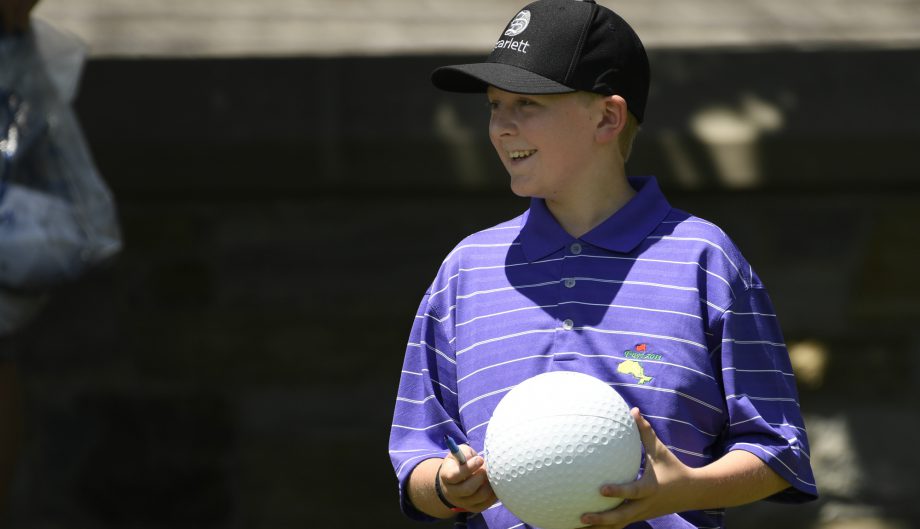 The RBC Canadian Open is more than just 72 holes of world-class golf – it is one of Canada’s most historic sporting events with activities for golf and sport enthusiasts both inside and outside the ropes.

Fun and interactive partner programs enhance the fan experience and add to the prestige of Canada’s National Men’s Open Championship.

RBC will be enhancing the spectator experience for all with their Someday Seats, which will be located at 10 locations along the rope lines. Front-row Muskoka chair seating will put spectators right into the action!

RBC will also be unveiling their Someday Lounge at #TheRink – this amazing greenside atmosphere will be the perfect spot to celebrate golf, hockey and Canadiana, while catching all the action on the most exciting Par-3.

WestJet’s Closest to the Pin Toss returns to offer spectators the chance to win a flight anywhere the airlines travels for two. Fans can purchase mini-balls from WestJet volunteers around the course and then take part in the ball toss on the 18th green at the end of each tournament day. Proceeds support Ronald McDonald Houses across Canada.

ZTE returns with the ZTE Grand X View tent, this year located beside Golf Canada House Powered by Boston Pizza. In this space, ZTE will offer fans a unique vantage point to watch the athletes as they make their way from the 6th green to #TheRink – an experience unlike any other.

Shaw is back with their 7-day Closest to the Pin Challenge and new this year is the ParticipACTION 150 Play List that will showcase the ultimate list of all the physical activities that make us Canadian.

Another new addition is the Levelwear Valley Shuttle that will offer all spectators a free ride into and out of the valley at the 11th hole.

BMW is returning with their BMW Pavilion located at the 7th hole, and this year will feature the BMW Ultimate Long Putt Challenge where fans will have a chance to putt for great prizes including the grand prize of a 1-year lease of a BMW 4 series.

Located just off the 10th fairway, the Golf Canada Golf Zone offers FREE fun activities for the whole family. Pose for a picture with the RBC Canadian Open trophy or the 1904 Olympic Trophy. Enjoy a bag of popcorn while signing-up for a free Golf Canada membership.

Take advantage of phone charging stations and cool down in the air-conditioned environment – all for FREE. While there, experience the storied history of Canadian golf with a tour through the Canadian Golf Hall of Fame and Museum.

Can’t decide which day to attend the RBC Canadian Open. Here are a few highlights of some of the daily activities taking place…

RBC Canadian Open 5K Run – Saturday July 22
Landmark Sport Group in conjunction with Golf Canada will once again be putting on the RBC Canadian Open 5K Golf Run. On Saturday, July 22, 2017 the second annual RBC Canadian Open 5K Running Event will provide participants the opportunity to run or walk along the spectator and cart pathways of Glen Abbey Golf Club. The route begins near the 1st tee of the Championship Course and finishes alongside the iconic and picturesque 18th green. This event is ideal for traditional and non-traditional running audiences. All participants will receive a bib, shirt and finisher’s medal. Registration is $60 and all participants receive a free Anyday ticket to enjoy the championship. www.golfrun.ca

Hall of Fame Induction & Official Opening Ceremony – Tuesday July 25
On Tuesday, July 25 at 10 a.m. our Opening Ceremony will officially kick off the RBC Canadian Open and include the Canadian Hall of Fame induction of Judy Darling Evans and golf club maker Bob Vokey. The ceremony, which will offer free attendance, will conclude with a military flyover and the singing of the national anthem.

Red & White Day – Friday, July 28
The RBC Canadian Open is Canada’s National Championship and to celebrate ‘Our Open’, Friday, July 28 of tournament week will once again be ‘Red & White Day’. Spectators, sponsors, players and attendees are encouraged to wear Canada’s national colours in support of our Canadian golfers in the field.

Arnold Palmer Day – Sunday, July 30
In 1955, Arnold Palmer came to the Canadian Open uncertain he’d have another season on the PGA TOUR. Inconsistent play kept the 26-year-old from winning any events or finding financial success. A Tour rookie with little money, Palmer travelled between tournaments by car with his wife, Winnie.

Growing frustration and a lack of success led to difficult conversations with Winnie – the harsh reality that he may be forced to leave the professional circuit to earn a steady paycheque as a club pro in his hometown of Latrobe, PA.

That uncertainty and those conversations would soon change as Palmer earned a four-stroke win at the 1955 Canadian Open, his first as a professional, for a top prize of $2,400 – equivalent to about

$22,000 in today’s currency. With enough money to continue for another season, Palmer picked up two wins the following year. In total, The King amassed 95 victories world wide, including seven major championships.

None of those may have been possible had he not won the 1955 Canadian Open that rookie year. The victory was so significant that the Canadian Open trophy was one of just three on display in his office at the time of his passing.

The Canadian Open is proud to have been a chapter in The King’s storied history. He may be gone, but he will never be forgotten. Help us keep the King’s memory alive by taking part in Arnold Palmer Day. We’ll be handing out special AP55 buttons to the first 5,000 fans onsite. Visit the 1st tee to catch a glimpse of the Seagram Gold Cup – the trophy he won in 1955. Or visit the Canadian Golf Hall of Fame & Museum’s Arnold Palmer exhibit which will include game worn clothing, equipment and more.

As part of the RBC Canadian Open’s commitment to family fun, admission for kids 17-and-under is FREE all week.

A full listing of events and activities can be found here.