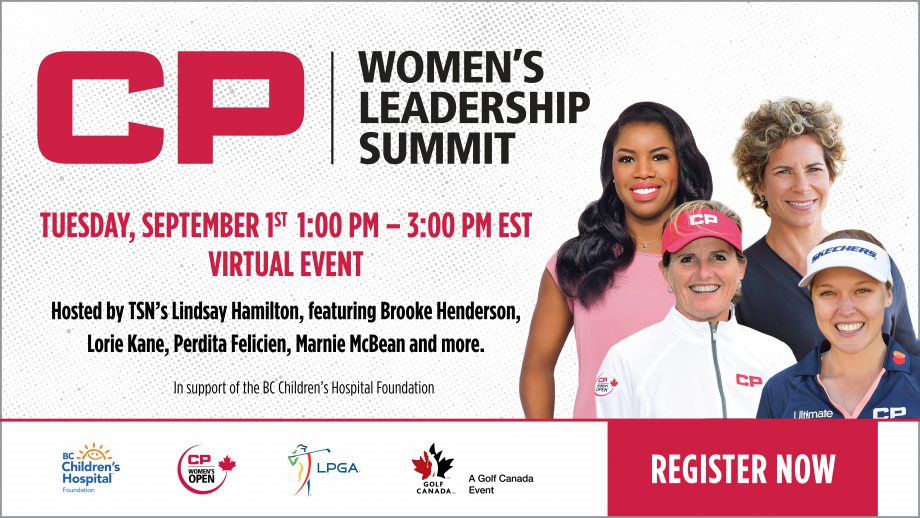 The intent of the CP Women’s Leadership Summit is to bring together like-minded female business leaders for an opportunity to network, as well as inspire empowerment and philanthropy among women. This year’s Summit will feature four sessions, running from 1:00 p.m. to 3:00 p.m. EDT, and will be hosted by TSN anchor Lindsay Hamilton.

The opening-session of the Summit will discuss leadership in sport and will be led by Canadian rower, Marnie McBean, a three-time Olympic gold medalist and Chef de Mission of the 2020 Canadian Olympic Team at the Tokyo Olympic Games.

The second session will be themed around leadership during uncertain times and will feature Candy Ho, CEO of The Cape on Bowen Community Development and a board member of Heart & Stroke Foundation of BC and Yukon along with Pam Arpin, Assistant Vice President, Customer and Corporate Services with Canadian Pacific who was named 2019 League of Railway Woman of the Year.

Perdita Felicien, a retired Canadian hurdler and world champion turned TV broadcaster and personality, will head up the third session touching on overcoming challenges and adversity.

The final session will touch on the growth and state of women’s golf and will feature emcee Lindsay Hamilton interviewing LPGA golfers and CP ambassadors Lorie Kane and Brooke Henderson.

Kane is a 4-time LPGA Tour winner who received the Order of Canada in 2006. She is an honoured member of the Canadian Golf Hall of Fame (2016) and was recently named as an inductee into Canada’s Sports Hall of Fame (2020-2021).

Henderson, a 9-time LPGA Tour champion and winner of the 2018 CP Women’s Open, became the second youngest player in LPGA history to win a major championship at the 2016 KPMG Women’s PGA Championship. She also represented Canada at the 2016 Summer Olympics in Rio where she finished T7.

“I am very excited to participate in the CP Women’s Leadership Summit to share, hear and learn from some amazing female leaders,” said Pam Arpin, Assistant Vice-President Customer and Corporate Services, Canadian Pacific. “This is also a great opportunity to raise funds for a commendable cause and help to leave a lasting legacy for the hospital, children and families who need it.”

For Golf Canada, hosting the CP Women’s Leadership Summit aligns with the organization’s commitment to developing a more inclusive culture in Canadian golf.

“The CP Women’s Leadership Summit is an important event to provide a forum to discuss meaningful topics that can offer change within sport and the workplace,” said Mary Beth McKenna, a member of Golf Canada’s championship management team. “Our speakers are true leaders, both in their respective industries and as women’s empowerment advocates. While we can’t gather in person this year due to circumstances around the pandemic, we are excited to bring speakers together virtually who will provide participants with an inspiring experience and wide array of perspectives.”

The CP Women’s Leadership Summit typically takes place in conjunction with CP Women’s Open tournament week. In late June, Golf Canada, CP and the LPGA jointly announced the 2020 CP Women’s Open would be postponed until 2021 due to continued travel and border restrictions related to the COVID-19 pandemic.

More information about the CP Women’s Leadership Summit, is available online at www.cpwomensopen.com/wls.