Four share lead after 1st round at St Jude Classic 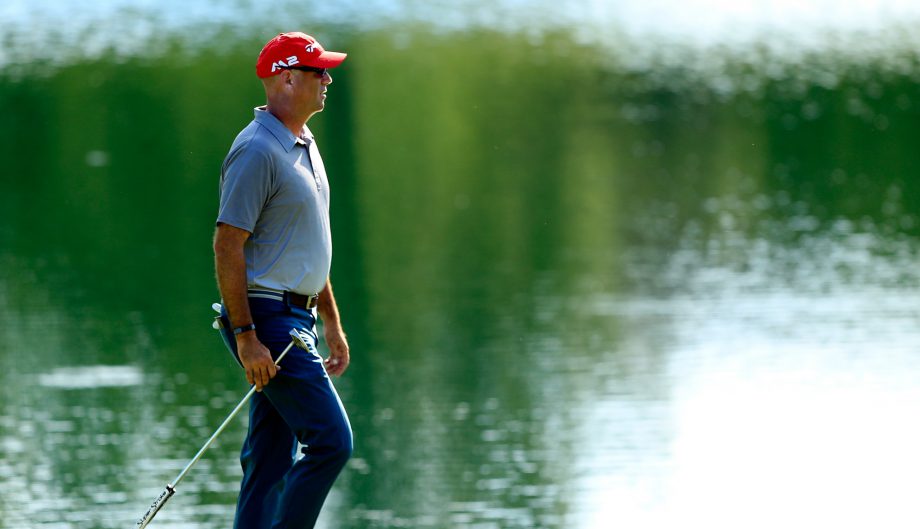 Former British Open Champion Stewart Cink, Matt Every, Scott Brown, and Sebastian Munoz each shot 6-under 64s on Thursday to share the lead after one round at the St. Jude Classic.

Charl Schwartzel and Matt Jones were each one stroke back at the final tuneup before the U.S. Open.

The 33-year-old Every has two wins on the PGA Tour, but none since 2014. He’s only made two cuts this year and hasn’t finished better than a tie for 62nd at the Arnold Palmer Invitational in March.

“I haven’t played real well in a couple years, and I’ve been out here for like seven or eight, so I kind of know the drill,” Every said. “Like one round is not that big a deal. It is nice to play well, but yeah, they don’t hand out trophies after the first round.”

Every had four birdies during his round and an eagle on the par-5 16th, sticking his second shot about 10 feet from the flagstick before sinking the putt. He closed his round by making a 30-foot birdie putt on the 18th.

“Middle of the round got a little away from me, but I saved some shots and I haven’t been doing that lately,” Every said. “Then I played pretty solid the last few holes. So it was just a good day. I was kind of due for one.”

Cink, Brown and Munoz joined him by making afternoon charges up the leaderboard.

Brown, a 34-year-old who finished second at the Zurich Classic of New Orleans and tied for second at the Genesis Open, followed a bogey on the 14th with consecutive birdies, holing a pair of putts from inside of 10 feet to pull even with Every. He missed a 15-foot birdie putt on No. 18 that would have given him sole possession of the lead.

“I’ve been striking it nicely now for a few months and just the putter’s kind of been a little inconsistent,” Brown said. “Hot some days, cold some days. … If I can keep the putter rolling, should be kind of in the mix for the week.”

Cink, a 44-year-old, six-time winner on tour and 2009 British Open winner, birdied three straight holes late in his round, including one from about 10 feet on the par-4 5th. He bogeyed the next hole, then closed his round with a birdie on No. 9 to catch Brown and Every.

“The key to my round today was the key to anyone’s round who plays well here and that is you’ve got to keep the ball in front of you,” Cink said. “Meaning, you don’t have to hit every fairway, but you can’t really be off too much.”

Munoz, a 24-year-old, third-year pro from Colombia who’s chasing his first victory on tour, was bogey-free during the best round of his career. He had six birdies, including two in a row on Nos. 15-16.

Billy Horschel used a fairway wood to putt on his final hole after he broke his putter a hole earlier. After missing a 2-foot putt on No. 8, he flipped his putter in the air and the head snapped off when it struck the ground. According to PGA rules, he wasn’t allowed to use a new putter because it didn’t break during the course of play. He finished with a 72.