Tiger faces important year in adding to his majors tally 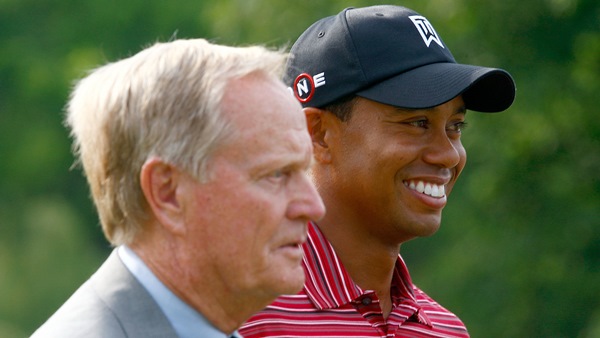 “If Tiger is going to pass my record, this is a big year for him in that regard,” Nicklaus said at the start of 2010.

Nicklaus was referring to his record 18 majors, and the major championship venues that favoured Woods – Augusta National, Pebble Beach and St. Andrews, all courses where he had won before. Woods never had a serious chance on the back nine of any major that year. His tally remains at 14.

Woods is facing another favourable menu of major championship sites. He already has won majors at Augusta, Royal Liverpool (British Open) and Valhalla (PGA Championship). The U.S. Open is at Pinehurst No. 2, were Woods was third in 1999 and runner-up in 2005.

A new year begins Friday at the Tournament of Champions at Kapalua, and while Woods is among PGA Tour winners who chose to sit this one out, his performance in the majors this year figures to be a major topic of conversation over the next eight months.

“I always think that the Masters signals a lot with Tiger,” NBC analyst Johnny Miller said during a conference call. “If he doesn’t win the Masters, I think it gives a great, big ‘Uh-oh,’ because that course is so perfect for his game. I’ll leave it at that. But if he wants to get off on the right foot, I think he needs to get off at the Masters.”

There’s a big difference with Woods the last time he faced such a tantalizing rotation of majors.

Nicklaus spoke of a “big year” when Woods was more of a mystery than ever. No one had seen Woods in more than a month going into 2010 and didn’t even know where he was. His personal life at home, his mystique in golf and his appeal in the corporate world were crumbling in spectacular fashion.

Now, he is No. 1 in the world. He won five times last year against some of the strongest fields. He won the Vardon Trophy for the ninth time, the PGA Tour money title for the 10th time and was voted PGA Tour player of the year for the 11th time.

Still, there remains an uncertainty about Woods, mainly because he hasn’t won a major since 2008 and he hasn’t broken 70 on the weekend of any major since the 2011 Masters. That’s a startling statistic for a guy who has built a reputation as golf’s greatest closer.

“It’s getting much harder for Tiger because guys are not wilting on him,” Miller said. “So he’s got a double whammy in that he’s not able to close as well as he used to, and then the guys are more heroic against him like they never were before. … Guys are saying, ‘Yeah, you’re Tiger Woods and you’re the greatest ever, but now at your age, I can beat you.’ He needs to do it in the majors.”

Woods forever is linked with Augusta National because of his record score (270) and margin of victory (12 shots) in the 1997 Masters, his back-to-back wins (2001-02) and that magic moment with his chip on the 16th hole that led to his playoff win in 2005. But he has not added to his wardrobe of green jackets in eight years, his longest drought in any major. Who saw that coming?

And while he is trending in the right direction at Pinehurst No. 2, the Donald Ross design has gone through a restoration project that eliminated rough and replaced it with sandy dunes, pine straw and wire grass.

Woods won the 2006 British Open at Royal Liverpool when it was firm and fiery, a links that was more yellow than green because of a dry summer. Woods hit only one driver the entire week. It might not be the same course if England gets a wet summer – and yes, it does rain in England – and players see Hoylake green, lush and longer.

Valhalla is where Woods made what he considers the biggest putt of his career, a 6-footer on the final hole for birdie to force a playoff that he won over Bob May in the PGA Championship. It gave Woods his third straight major in that amazing summer of 2000.

If that seems like a long time ago, it was. Woods will not have seen Valhalla in 14 years when he returns this summer.

The best gauge of Woods and his pursuit of Nicklaus is more about him than the course he is playing. More than St. Andrews or Pebble Beach, more than Hoylake or Valhalla, it’s best to consider Southern Hills. That’s the course that supposedly gave Woods fits because of its tight, bending, tree-lined fairways. Woods won the 2007 PGA Championship that year, proof that when he’s on his game and in the right frame of mind, he can win any major on any course.

More significant than where the majors are played in 2014 is the fact Woods turned 38 on Monday.

By age alone, Woods has been ahead of Nicklaus’ pace in the majors since winning his seventh major in 2002 Masters at age 26. They are tied now. Nicklaus also had 14 majors when he turned 38, and then he added his 15th major that summer in the British Open.

That’s what makes this a big year for Woods.