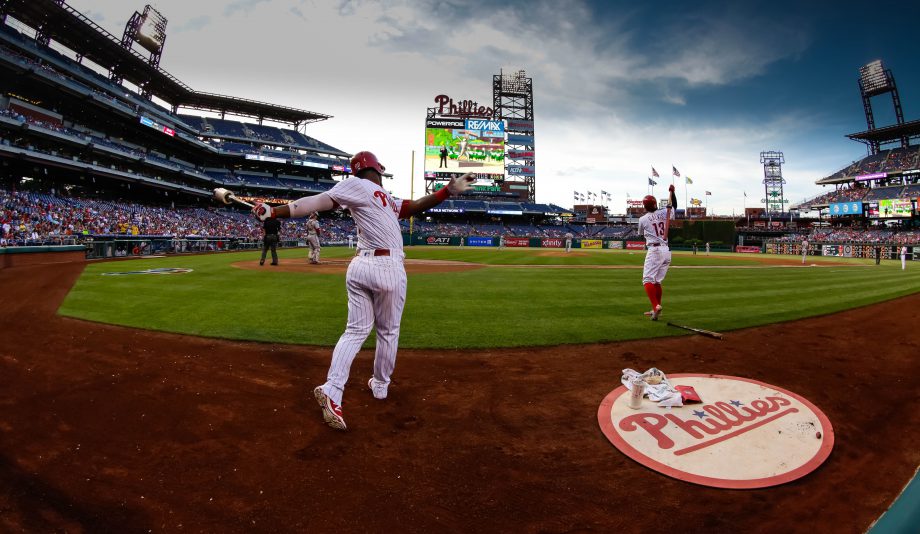 Brooke Henderson is used to pitching around the green, not pitching on the mound.

But last night in Philadelphia, that changed for the 18-year-old, as the Philadelphia Phillies of Major League Baseball asked her to throw out the first pitch before their game against the Washington Nationals.

The squad, who has one two World Series titles, most recently in 2008, even made custom ‘Henderson’ jerseys for both Brooke and her sister Brittany.

Her father, Dave, was behind the plate as his youngest daughter threw a strike over the middle of the plate.

The ump called it a strike Thank you @Phillies!! pic.twitter.com/uAyjAORYoM

Henderson is in nearby Atlantic City, N.J. for the ShopRite LPGA Classic presented by Acer Henderson, Philadelphia cheesesteak in hand, called it a “really fun night” on Twitter.

Such a fun night in Philly thanks to @ShopRiteLPGA. Looking forward to a great week in Atlantic City! pic.twitter.com/fk5M71zes0

She also took to Twitter to answer some fan questions as the game went on, admitting she “can’t wait” for the Olympics (and hopes to watch Track & Field if she has time), is looking forward to playing Pebble Beach one day, and says while she has more golf shoes than Brittany, her elder sister has way more “dressy” shoes.

After a week at home in early May, where Brooke and Brittany made appearances in Ottawa and enjoyed some downtime at their cottage, Henderson was right back to it. She finished tied for 3rd last week at the LPGA Volvik Championship, pushing her to fourth in the world.

It is the highest Henderson has ever been in the Rolex Rankings. She is now only behind Lydia Ko, Inbee Park, and Lexi Thompson.

Next week is the second major championship of the year on the LPGA Tour at the KPMG Women’s PGA Championship where Henderson is a betting favourite. June 30th also marks the start of the Cambia Portland Classic, where Henderson will be the defending champion.