Touchy back prevents Oosthuizen from scheduling any golf past The Masters 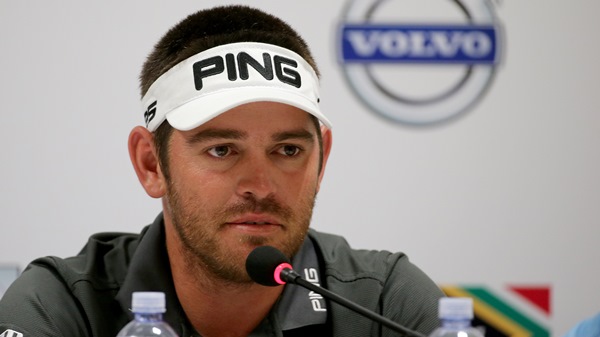 DURBAN, South Africa – Louis Oosthuizen’s touchy back has stymied the golfer from scheduling any golf after the Masters in April.

Problems with his lower back last year forced Oosthuizen to miss more events than he wanted to, and to withdraw after three rounds of the Byron Nelson Championship, after a first-round 75 at the U.S. Open, and most disappointingly to him, after six holes in the British Open, an event he won in 2010.

That began a layoff of almost three months until he returned for the International team at the Presidents Cup in October. He played all four of the European Tour’s season-ending events and managed a best finish of 15th in Shanghai.

While Oosthuizen is not prepared to look beyond the Masters, where he was runner-up to Bubba Watson in 2012, he has prepared a busy schedule starting with his defence this week of the Volvo Champions title on home turf at Durban Country Club. This is his first of eight tournaments in the next nine weeks, spread over Africa, the Middle East, and the United States.

“I had some injections in my lower back last October that seem to have helped,” Oosthuizen said on Wednesday.

“The good thing is I am playing pain-free and I am doing a lot of things to get it better. But the pain is definitely still there and it’s not going to go away, and it’s going to take a lot of time.

“It’s meant I’ve had to cut down my practice on the range, and while I’m taking the occasional antiinflammatory, it’s just one of those things I have to deal with.”

Oosthuizen must wish he had the constitution of Miguel Angel Jimenez or even Darre Clarke.

Jimenez returns to competition after turning 50 last Sunday and looking to again break his “oldest ever” tour record he re-set last month in capturing a third Hong Kong Open title.

“Yes, I turned 50 a few days ago and I look in the mirror and still see the same guy,” the Spaniard joked. “So I come here looking to win, win, win as that is my continuing motivation. For me, coming to play on the tour is not just to get a salary. If so, I would stay at home.”

Clarke, 14 years older than Oosthuizen at 45, has lost around 40 pounds since October in a bid to rekindle his form. He hasn’t won anything since the 2011 British Open.

“In a short time I’m already twice as strong because most people who lose weight, they lose strength, as well,” Clarke said, showing off a trimmer figure. “I’ve gone the other way. I’ve lost weight and gone twice as strong.”