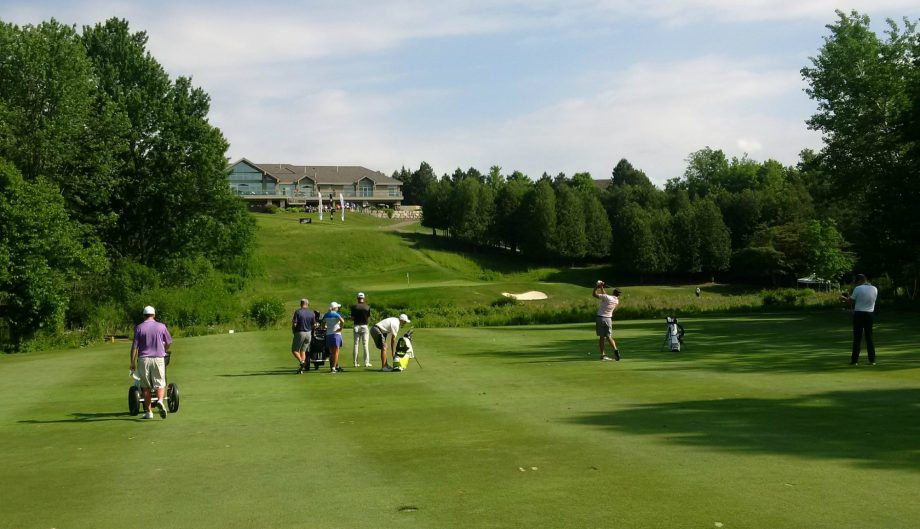 It took a little extra time Tuesday at Deer Ridge Golf Club, but the round-of-16 matches are set at the PGA Championship of Canada sponsored by Mr. Lube and presented by TaylorMade-adidas Golf.

With their playoff victories, Senecal will play first-seeded Wes Heffernan, while Kenney meets the No. 2 seed Sonny Michaud, and Maunder squares off versus Brian Hadley, who holds the course record at Deer Ridge (a 59 in 2013 during the PGA of Ontario Championship).

After his round Tuesday, Heffernan said he’s playing confidently which he believes is the recipe for success in match play.

“I’m playing pretty well right now and my game today was in a good spot,” he said. “I’ve got some confidence heading into the match play portion of this tournament and that’s the sort of thing you need if you want to win.”

The other matches include:

Both Parry and Bussieres are past PGA Championship of Canada winners. Bussieres, however, looks to become the first back-to-back winner of the championship since Knudson won in 1976 and 1977. In 2016 at the Victoria GC, the 29-year-old from Club de golf Longchamp bested Billy Walsh 3&1 on the 1893 A.V. Macan-designed, seaside links gem in the championship’s final match.

The only other player who remains at Deer Ridge with a national championship to his name is Craig Hocknull, who claimed last year’s PGA Club Professional Championship of Canada.

The player who sits atop the PGA of Canada Player Rankings presented by RBC at the conclusion of this week earns an exemption into this year’s RBC Canadian Open at Glen Abbey Golf Club in Oakville, Ont.

Designed by Canada’s Thomas McBroom, a designer known for his indelible golfing concepts that have resonated with players the world over, Deer Ridge is unlike any other creation in the architect’s canon. Opened in 1990, Deer Ridge was ranked the 69th best golf course in Canada by SCOREGolf in its 2016 rankings.

Attendance to the PGA Championship of Canada sponsored by Mr. Lube and presented by TaylorMade-adidas Golf is free and spectators are encouraged to attend during championship play.

To follow the PGA Championship of Canada sponsored by Mr. Lube and presented by TaylorMade-adidas Golf online throughout tournament week, go to pgaofcanada.com, or visit the PGA of Canada on twitter, instagram.com and facebook.com