Laura Davies has share of lead at Mizuno Classic 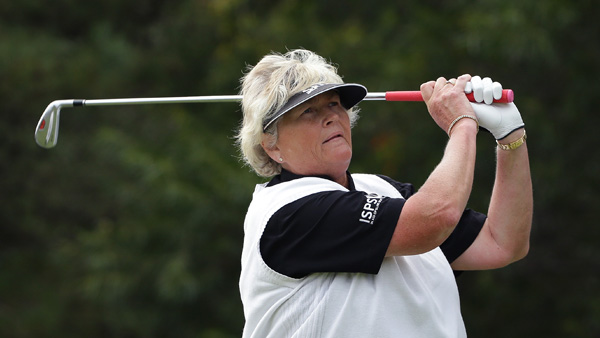 SHIMA, Japan — Laura Davies of Britain shot a 5-under 67 to share the Mizuno Classic lead with Ai Suzuki of Japan and Ilhee Lee of South Korea after Saturday’s second round.

The 51-year-old Davies offset two bogeys with seven birdies at the Kintetsu Kashikojima course for a 9-under 135 total. The English player won the most recent of her 20 LPGA Tour titles in 2001.

“I’ve been playing well but my results have been horrendous,” Davies said. “If you don’t hole putts, you can’t compete out here anymore. It’s not like it’s a shock to me but it’s a nice surprise.”

Davies has a chance to become the oldest winner in LPGA history at the age of 51 if she can close out the tournament for the 21st LPGA victory of her career.

“Obviously, it’s a bad thing, really, because it means I’m really old,” Davies said of the possibility of being the oldest winner. “But it would be a nice thing too because it would mean I have a good record.”

Suzuki finished with four straight birdies to record the day’s lowest score of 64 while Lee shot a bogey-free 66.

Suzuki became the youngest winner of the Japan LPGA Championship in September at age 20 and is competing in her first LPGA event.

“I won’t be thinking about the win,” Suzuki said. “l’ll just try my best and see how I can do in an LPGA tournament.”

Japan’s Kotono Kozuma fired a 67 and was one stroke back with South Koreans Mi Hyang Lee (67) and Chella Choi (68).

Second-ranked Stacy Lewis, the 2012 winner, shot 72 and was tied for 27th while defending champion Teresa Lu of Taiwan (67) was five strokes back.

Lee Na Ri of South Korea had eight birdies against a lone bogey for a 65 and is two strokes back. Karrie Webb of Australia shot a 68 and is tied for eighth place at 6-under with Jessica Korda (67) of the United States and Japan’s Ayako Uehara (68).

Overnight leader Morgan Pressel of the United States had an even-par 72 to fall into a tie for 11th place.