A 59 for Scheffler, a near miss for Dustin Johnson in Boston 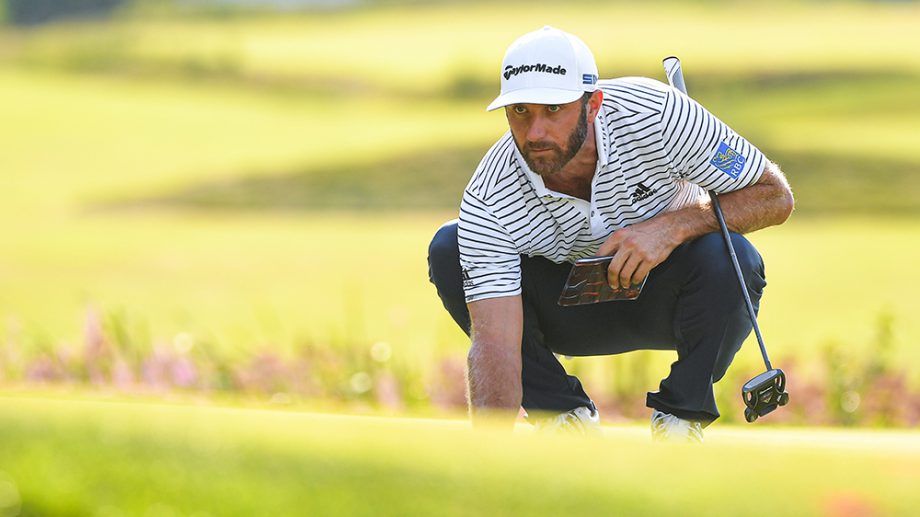 NORTON, Mass. – It took a disappointing par for Scottie Scheffler to realize he was making enough birdies to have a shot at 59, and he seized on the chance Friday with four birdies over his last five holes to post the 12th sub-60 round in PGA Tour history.

For the longest time, it looked like his 59 might not even be the best of the day at The Northern Trust.

As Scheffler was signing his card, Dustin Johnson had already set off on an explosive start that put some buzz into the TPC Boston even without any spectators on the course.

And then he turned into a par machine, with only two good looks at birdie the rest of the way, and one decision he’d like to have back. Johnson hit driver on the par-5 18th into a slope of grungy grass, when a 3-wood was all he would have needed to have a mid-iron into the green. He had to lay up, hit wedge to 25 feet and two-putted for a seventh straight par.

Johnson shot a 60, had a two-shot lead, and it almost felt as though condolences were in order.

“If I hit the fairway there, it’s a pretty easy 4. But I didn’t, so shot 60,” Johnson said. “That’s OK, though. I’m pretty happy with it. Pretty happy with my position leading into the weekend.”

Johnson was at 15-under 127, two shots ahead of Scheffler and Cameron Davis (66). Scheffler finished with two putts from across the 18th green for his 12th birdie, knocking in his last putt from 4 feet.

“You don’t really get a putt for 59 often, so I was quite nervous over the putt, but that’s nothing new,” Scheffler said. “I get nervous over every shot. That’s just playing competitive golf.”

Not since the John Deere Classic in 2010 have two players had 60 or lower on the same day. That contributed to Tiger Woods feeling irritated by his pedestrian 71 that allowed him to make the cut on the number and left him 12 shots back.

“I just didn’t quite have it,” Woods said. “I was close to snapping a couple clubs today, but I didn’t, so that’s a positive.”

Scheffler, the smooth 24-year-old rookie from Texas, didn’t do hardly anything wrong. Two good wedges from tough spots around the green set up birdies early, and he kept pouring them in. That included a 6-foot par putt on the 17th hole that set up the birdie he needed for a 59.

On the 18th, his tee shot hopped out of the rough and into the first cut. From 215 yards, he wisely aimed toward the left section of the green, hit 5-iron just short and had two putts from 85 feet for a 59. He rolled the long eagle attempt about 4 feet short, went over to his bag for a swig of water while waiting his turn, and calmly rolled it in.

Scheffler was trying to make as many birdies as possible. It was only after he missed a 10-foot birdie chance on the 13th that he began to realize what he was doing.

“I was like, `Oh, man, that would have been a nice one to go in’ because I was playing really good at that point,” he said. “Kind of clicked like, `Hey, I have a chance to do something pretty cool today.”’

That makes five straight years with a 59 or better on the PGA Tour.

This stood out as the 59 that generated the least amount of excitement, not on a spectator-free course with no scoreboards in the groups. Scheffler played with Kevin Streelman and Tony Finau, and only one of them knew what was going on.

“We don’t have the sign bearers, so I brought it up to Tony on 17 green, and he had no idea,” Streelman said. “He thought it was 7 or 8 (under) and I’m like, `No, he’s like 11 right now.’ That’s the difference. There would definitely have been electricity, fans running in. He still had the pressure to step up there on 18 and make that nice up-and-down, and he played awesome.

So did Johnson. He made it look so easy that Marc Leishman, playing in his group, starting wondering about the lowest score anyone ever shot. “A 59 didn’t even seem like a question,” Leishman said.

Johnson holed a 40-foot eagle putt on No. 2. He hit driver to 4 feet for eagle on No. 4. The rest of his birdie putts were in range, mostly from 12 feet or closer. And he kept making them, until the birdies dried up quickly.

A 59 is no longer the record – Furyk shot 58 at the Travelers Championship in 2016 – but it’s still considered golf’s magic number. It was the second time Scheffler shot 59 this year. He also had one during with friends in Dallas when the tour shut down for three months because of the COVID-19 pandemic.

Johnson will have to wait.

“Not that I remember,” Johnson said, breaking into a smile before adding, “And I think I’d remember that.”

Meanwhile, the FedEx Cup playoffs ended early for some two dozen players who missed the cut and were assured of not making the top 70 who advance to the BMW Championship next week. That includes Phil Mickelson, Justin Rose, Jordan Spieth and Brooks Koepka, who withdrew before the tournament began.