A 63, a Spieth rally and a storm delay at PGA Championship 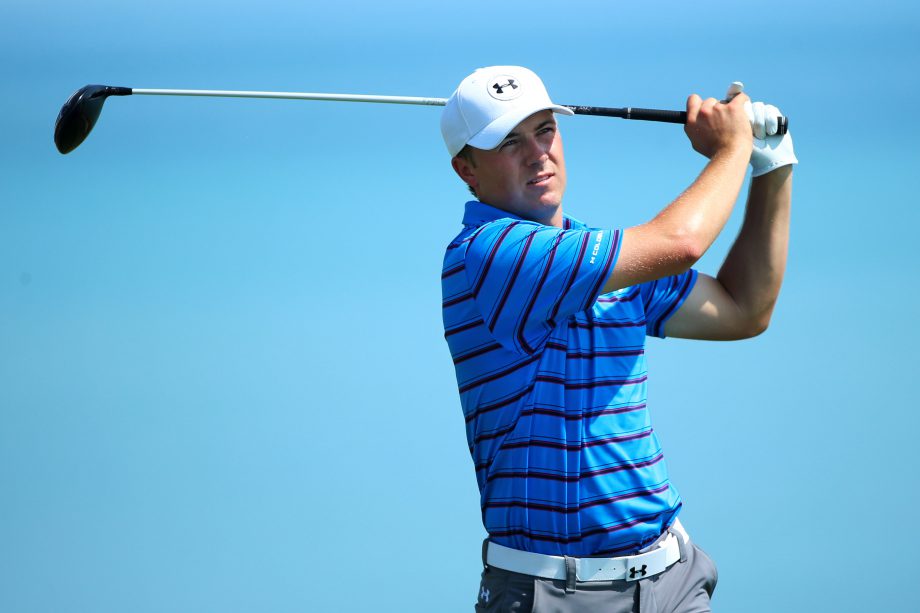 SHEBOYGAN, Wis. – The second round of the PGA Championship offered a little bit of everything Friday.

On one side of the golf course, Jordan Spieth was piling up enough birdies to momentarily tie for the lead at Whistling Straits. On the other side with far less attention, Hiroshi Iwata ran off five birdies and an eagle and tied the major championship record with a 63.

Dustin Johnson was losing ground in the rough and in the bunkers, falling out of the lead with three bogeys in a four-hole stretch. John Daly lost his cool and then lost a 6-iron when he heaved it in Lake Michigan.

And that was before a wicked storm that packed gusts up to 48 mph and suspended the second round.

Jason Day ran off three straight birdies and was tied for the lead with Matt Jones at 9-under par when players were taken off the course. The storm was severe enough to topple the main scoreboard at the entrance and rip flags off the poles atop some of the grandstands.

Justin Rose pulled within one shot of the lead with back-to-back birdies. He headed to the 18th tee, feeling good about being able to finish.

“I opened my big mouth to the boys playing with us,” Rose said. “I said, `The end is in sight.’ And 30 seconds later, they blew the horn. So my name is mud all over here.”

Tiger Woods, for all his struggles in the majors this year, can at least say he made it to the weekend in three of them. He made the cut at the Masters. He missed the cut on Saturday at the wind-delayed British Open. There was still hope at the PGA Championship, though he was 4 over with five holes to play, two shots away from the projected cut.

The leaderboard was as clouded as the sky over Whistling Straits.

Seven players had at least a share of the lead at some point Friday, when a strong breeze in the morning gave way to steamy sunshine and virtually no wind until the storms moved in. When players were evacuated from the course, 11 players were separated by three shots.

David Lingmerth of Sweden made only four pars in his wild round of 70 and was the clubhouse leader at 7-under 137. One shot behind was a group that included Spieth, the Masters and U.S. Open champion who is very much in the picture to join Woods and Ben Hogan as the only players to win three majors in one year.

The star of the day was Iwata, a 34-year-old from Japan who had every reason to think his first appearance in the PGA Championship would be a short one. He opened with a 77 and still was 3 over when he reached the back nine. Iwata reeled off five birdies and an eagle, and he saved par on the 18th for a 63.

It was the 27th time that a player shot 63 in a major, 13 of those in the PGA Championship and most recently Jason Dufner at Oak Hill two years ago.

“When I came here, I was thinking just to make my game better and better and on Sunday, I can be in the top 10,” Iwata said through a translator.

Even with a record-tying score, he still has plenty of work ahead of him to do that. Iwata was at 4-under 140 and losing ground as one player after another took aim at Whistling Straits in good scoring conditions.

Day shared the 54-hole lead at the U.S. Open while coping with vertigo symptoms. He missed by one turn of the golf ball a birdie on the 18th hole at St. Andrews that would have put him in a playoff at the British Open. Now it looks like he gets yet another chance. He was thrilled to stop play, especially as the storm clouds turned dark and he had trouble with depth perception on some of his wedges.

“We’ll see how it goes tomorrow,” Day said. “We’ve got some scoring holes and some tough ones to finish on. But I’m real happy to be done.”

Dustin Johnson, the 18-hole leader, took a brief lead at 8 under until he ran into trouble on the par-5 11th with a wicked lie in the bunker that led to bogey. He added two more bogeys and was four shots out of the lead at 5 under.

“Hopefully, I can come back in the morning and make a couple birdies coming in, and then we’ll get the day started on Saturday,” he said.

Rory McIlroy had hopes of being a little closer to the lead. Coming off an ankle injury that has kept him out since the U.S. Open, he world’s No. 1 player went cold with the putter and had to settle for another round of 71 that put him at 2-under 142.

McIlroy was keeping pace with Spieth until a big turnaround on the 18th hole at the halfway point of their round. Spieth holed out from a bunker for birdie, while McIlroy went well left into knee-high hay, took two chips to reach the green and made double bogey.

“You’re going to have to have more of a short game to be able to salvage par sometimes,” he said. “I wasn’t quite able to do that today at points. But there’s still enough good stuff to give me encouragement and make me feel that I can shoot a low one tomorrow and get myself back into it.”

Woods had his work cut out for him. He opened with two quick birdies, only to give them back with a double bogey from the bunkers on the fourth hole.