A bright year ahead for Alena Sharp 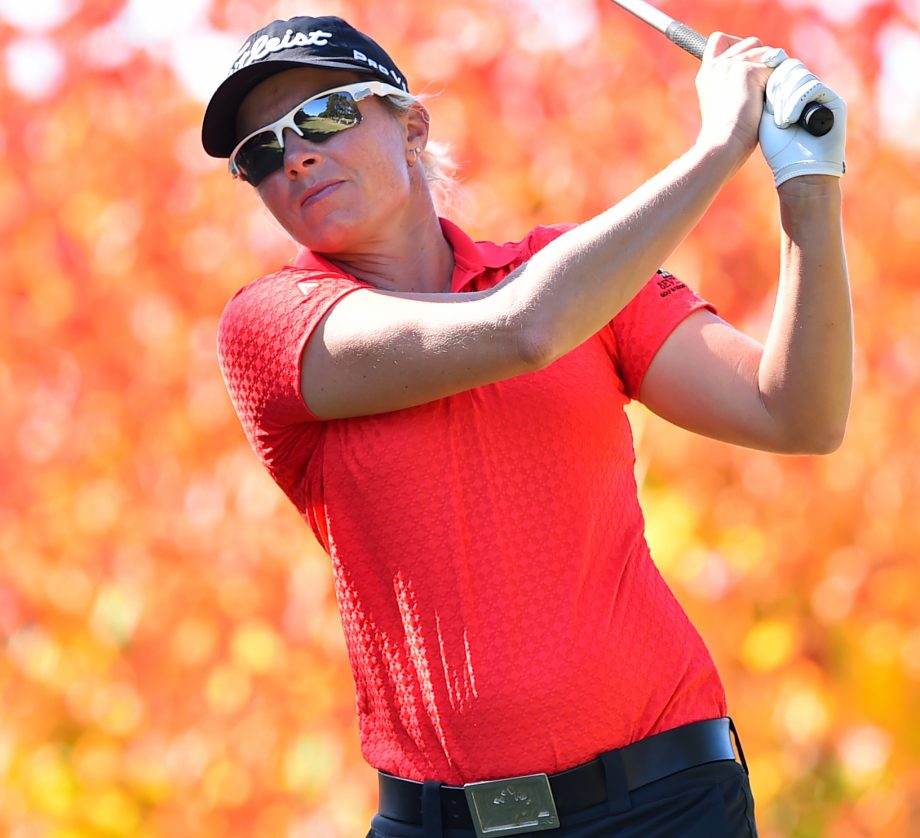 There’s an old saying in golf, attributed to Bobby Jones, that the game is mainly played on a five-and-a-half inch course: “the distance between your ears.”

And few people know that better than Canadian Alena Sharp.

Now in her 11th year on the LPGA Tour, she began working with Tony Robbins mental coach Mimi Peak last year, and it was her best as a professional. She played in 26 events and only missed five cuts. She also recorded her first top 10 since 2010, and her first-ever top five finish, earning more than $270,000 in the process.

So what was different?

“I had a few rough years. The older you get the more you think, and the more bad crap is in your head,” says Sharp, laughing. “I’m just getting rid of all that stuff and believe that I’m good enough to be out here.”

Sharp had a strong debut on the LPGA Tour, but had a blip in the middle of her career where she bounced around on some mini-tours. Although she wishes she didn’t have that happen, she says she learned a lot during that time.

She also bounced back with a Symetra Tour victory in 2014.

“Obviously I’d love to be further along (in my career) than I am, but I know that this is my path. As long as I keep getting better, that’s the one thing I want to keep doing,” explains Sharp.

Sharp states that she used to put a lot of pressure on herself and focused too much on end results, getting her in trouble. Her work with Peak and Golf Canada’s National Women’s Team Coach Tristan Mullally – which began in 2015 – have inspired her to take things one shot at a time.

“I do put a lot of pressure on myself, and I do try too hard sometimes,” admits Sharp. “I’m setting process goals now and watching the results come from them, instead of always thinking about results.”

She has also found some inspiration in a fellow Canadian.

On the final hole of the LPGA’s Portland Classic in August, it was Sharp who was one of the first people to reach Brooke Henderson and spray the then 17-year-old with non-alcoholic champagne.

Watching Henderson grow as a person and a player has been exciting and motivating for Sharp.

“I think I read something last week that she doesn’t think she’s a feel player, and that’s something I used to do. Then I started thinking too much,” says Sharp. “Being around her has brought that back in me a little bit. It’s helped me. We’ve played practice rounds together and talk a lot, so it’s been a nice relationship.”

That relationship is probably going to extend into the Olympic games in Rio de Janeiro, where Sharp and Henderson are the likely pair who will represent Canada in the golf competition.

But Sharp’s revitalized mental attitude hasn’t let her get ahead of herself.

“I don’t want to get too high hopes, but it’s a big goal in the back ground. I would love to represent Canada and I know it would be an amazing experience,” she says. “I think it’s going to be something every athlete obviously wants to go through, and to be down there with other Canadian athletes – not just golfers – would be amazing.”

Before that, though, Sharp has to continue building off 2015. She’s in the field of two majors without having to qualify and is looking forward to playing the tougher courses.

“I made the cut (at the majors) but I was near the bottom. I want to challenge, I want to be one of the contenders out there,” she says. “I like the courses that are longer, they play more into my game. I really think I can excel more at those tournaments.”

Sharp has had a fair-to-midland start to 2016, making one cut and missing another. She’s back in the LPGA Tour field when it comes to Arizona in a few weeks and she says she may play in a couple of Cactus Tour events before then.

“I had a decent start this year,” she explains. “But I feel like it’s going to be a good year.”