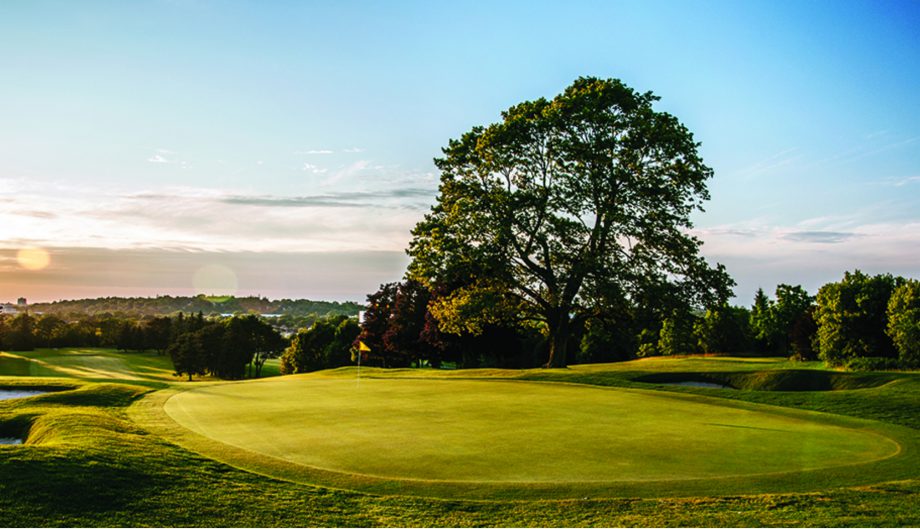 The university atmosphere and A-plus amenities at Cutten Fields will deliver a memorable experience for amateur players this summer.

There are a few hundred golf courses in the world — from Canada to the U.S. to Brazil to Jamaica — that can boast Stanley Thompson as their designer, but only one facility can rightfully call itself Thompson’s home.

That would be Cutten Fields in Guelph, Ont., host of this year’s Canadian Women’s Amateur Championship.

“We take a lot of pride in our history with him because we might not even be here if it wasn’t for him,” explained Steve Bryant, director of golf at Cutten Fields. “He was from this area, and he took a lot of pride in this place himself.”

Thompson stepped up during a tumultuous time for the club in 1936. Following the death of founder Arthur Cutten, five years after the Thompson-designed course opened, the club had to be sold in order to settle Cutten’s estate. With financial trouble looming and a desire to protect his baby, Thompson agreed to purchase the club with a partner and manage the operations himself.

He took up residence in a large stone house just off the course. Known as Dormie House, it still exists today, as does Arthur Cutten’s grand vision of a golf course and recreation facility in the heart of his hometown.

The torch has now been passed to the University of Guelph, which fully acquired the club in 1991 and immediately integrated it into its campus, securing its long-term future right across the street from its football stadium.

The atmosphere should make the mostly young competitors of the Women’s Amateur, who typically compete in collegiate-level events, feel right at home. The unique link has already inspired plenty of discussion between Golf Canada and the club on providing access to the university’s amenities during tournament week, such as its state-of-the-art fitness centre, to sweeten the experience.

Logistical resources will also be shared. The university’s athletic director, Scott McRoberts, is the host club’s chairman for the event while a member of the athletic department’s media team is serving as communications chair. Furthermore, the community of student-athletes has already responded well for volunteer roles.

“It’s just a neat tie-in, especially for that demographic,” said Mary Beth McKenna, Golf Canada’s manager of rules and competitions and the championship’s tournament director. “There’s already been some crossover there so the event’s receiving plenty of support from not only the community but the university.”

Although there won’t be any classes scheduled during the late July tournament, players will certainly have to do their homework to pass Thompson’s test on the golf course. It’s a tremendous track that rolls with the natural topography and features his trademark undulating greens to thwart scoring chances.

“The big onus is placing your approach shots in the right position,” added Bryant of the 6,500-yard layout. “That’s one of the things I think the girls will focus on most is where they can leave their ball so they’re not left with a tough up-and-down or a downhill putt or something like that. In their practice rounds, I think they’ll examine the greens quite a bit.”

The 14th hole at Cutten Fields, aptly named Thompson’s Revenge, is usually one that requires extra studying. It’s a tough par 4 with a creek crossing the fairway at 250 yards, forcing golfers to decide on the tee whether to muscle it over or land it short.

“The green is kind of diabolical,” described Bryant, “so placing your shots in the right place below the hole is really important. The big thing here is staying below the hole. (Hole) 14 will be pivotal.”

With a national championship and exemptions into the CP Women’s Open and U.S. Women’s Amateur up for grabs, it’s the beginning of what should be a wild five-hole finish. It certainly was the last time Cutten Fields played host to a national tournament, the 2015 Canadian University/College Championship.

The course was well-received by all the men’s and women’s teams in action and the club’s members really rallied behind the event, which was booked in conjunction with this summer’s Women’s Amateur. It is part of an ongoing effort to entertain an event every two to three years.

Having previously welcomed the Ontario Women’s Amateur and a Canadian Women’s Tour stop, the club continues to forge ahead towards its ultimate goal of hosting an LPGA Tour event.

Each occasion has enhanced its exposure, the staff’s experience and the course’s credibility. But, as Bryant admits, there has been a learning curve as well.

“We knew that this event was quite a bit different, in the sense that it’s more of a global event,” he explained. “We’re going to have girls from all over the world coming to us whereas the University/College was a little less responsibility with regards to caddies, billeting, etc. So that’s one of the biggest differences I find is the prep for girls coming from all over.”

When they do, the fruits of Cutten and Thompson’s labour will be on full display.

Arthur’s Gift, presents a memorable climb to a narrow green.

Winning the Canadian Women’s Amateur was a huge stepping-stone in the burgeoning careers of Brooke Henderson, Augusta James and Ariya Jutanugarn. These are some young ladies looking to follow in their footsteps.

Maddie Szeryk
Our nation’s top-ranked women’s amateur has been red-hot at the NCAA level this season. She’s due to find the winner’s circle north of the border.

Naomi Ko
The Team Canada standout from Victoria compiled a string of strong results in 2016, highlighted by a win at the Canadian Junior Girls.

Jaclyn Lee
A year ago the Calgary native captured her provincial amateur and then low amateur at the CP Women’s Open. Another national accolade wouldn’t be surprising.

Chloe Currie
The Development Squad talent has won back-to-back Ontario Junior Girls titles and will be teeing it up less than an hour from home.

Rachel Pollock
A wealth of course knowledge should give the East Tennessee State senior and former Cutten Fields member an advantage.