A history of heroes 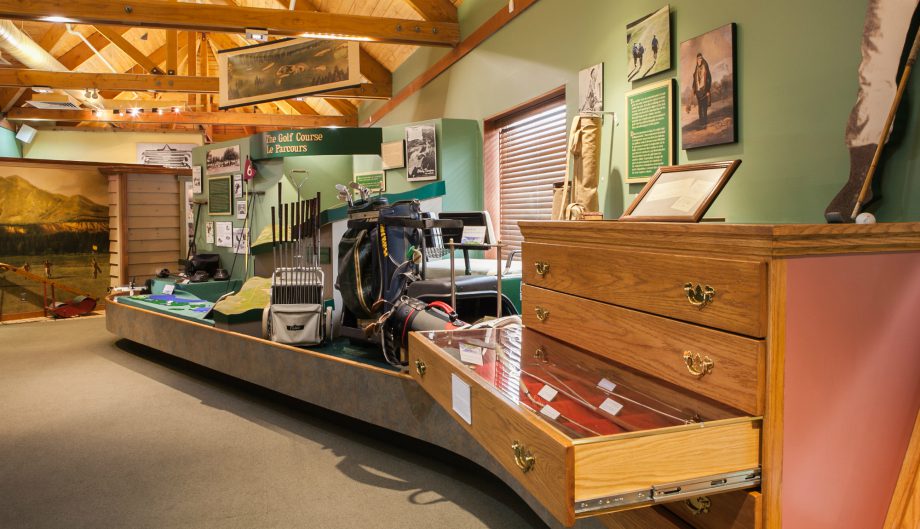 Browse through the names of those honoured in the Canada Sports Hall of Fame and you’ll find 17 esteemed members who had careers in golf. They are all people with whom Canadian golf fans should be familiar, greats such as Marlene Streit, George Knudson, Sandra Post and Albert and Charles Murray.

But only two of those 17 were inducted as Builders instead of Athletes — Stanley Thompson, who was literally a builder of golf courses, and Jocelyne Bourassa, who was a heck of an athlete herself but has undeniably furthered women’s golf in this country as much as anyone.

Canadian golf has certainly benefitted from far more than just two “builders” over the years though. That was the inspiration behind the Canadian Golf Hall of Fame, to recognize great players but also all the contributors whose achievements didn’t include titles and trophies.

“When we look at golfers today, we forget the amateurs,” says Meggan Gardner, curator of the Canadian Golf Hall of Fame and Museum (CGHF). “We remember the big names — Tiger Woods, Mike Weir, Sandra Post — and the professionals are always recognized. But the amateurs who were too involved in having families to turn professional, or the underappreciated people within the golf industry, which includes golf course architects and writers, they don’t have a hall of fame so we need to recognize those individuals that helped make golf in Canada the great sport that it is.”

In 1966, the RCGA (now Golf Canada) took the first step towards fixing that, establishing a committee to report to the board of directors whether a hall of fame was a worthwhile endeavour. Unsurprisingly, it deemed it was, and three years later the board agreed to set up a 13-person HOF committee. They combined to draw up a constitution and began making recommendations for worthy candidates.

The Museum portion of the CGHF is a decade or two older than the Hall itself. The RCGA had always been collecting material so, in essence, had already been informally archiving its tournaments and minute books. A reference to a “Museum” being established, basically a private room at RCGA headquarters that housed important artifacts and documents, appears in notes from 1956.

The Museum’s collection has grown to be incredibly vast but it continues to evolve as well. A new website will launch this spring in order to make more items and documents available to inquiring minds. Digitization, an ongoing process, will help make resources accessible to researchers, students, the general public, or anybody who has an interest in golf history and our pioneers.

“Sport history in general is not a form of history that the academic community acknowledges,” adds Gardner. “It’s typically not taught in schools. Even though everyone in our Hall of Fame had great achievements and furthered the game, they were influential people in sports, period.”