A Lyon’s reception: dining with an Olympic champion 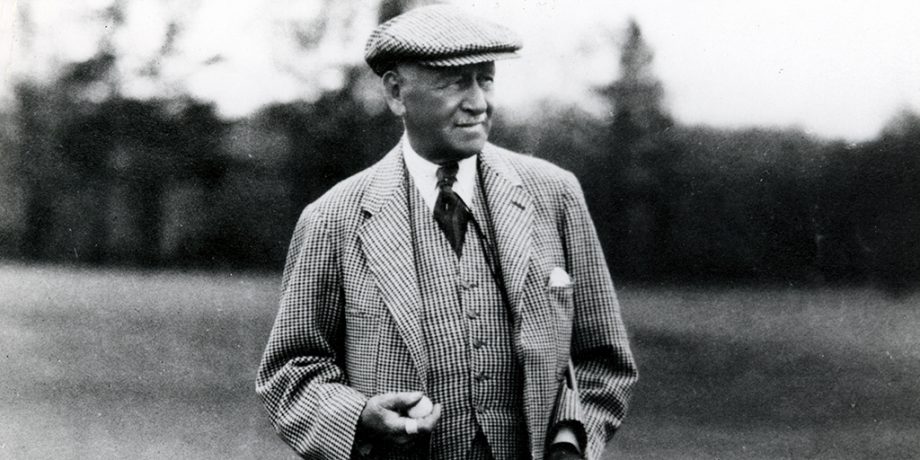 It was only fitting that on the same day the 2016 HBC Olympic golf uniform was unveiled, the Canadian Golf Hall of Fame & Museum also uncovered a rare treasure within its collection commemorating George S. Lyon’s 1904 Olympic victory.

This program is from a dinner hosted by Lambton Golf & Country Club in honour of its member’s victory. The celebration exemplifies the pride and joy that his fellow members, as well as all Canadians, felt following his win.

The interior of the program includes the toasts given before the evening’s festivities and the menu served.

The Olympic trophy is featured on the back.

Hopefully, the tradition will continue and a similar dinner will be held for a Canadian in August.