A tie at the top of CN Future Links Ontario Championship 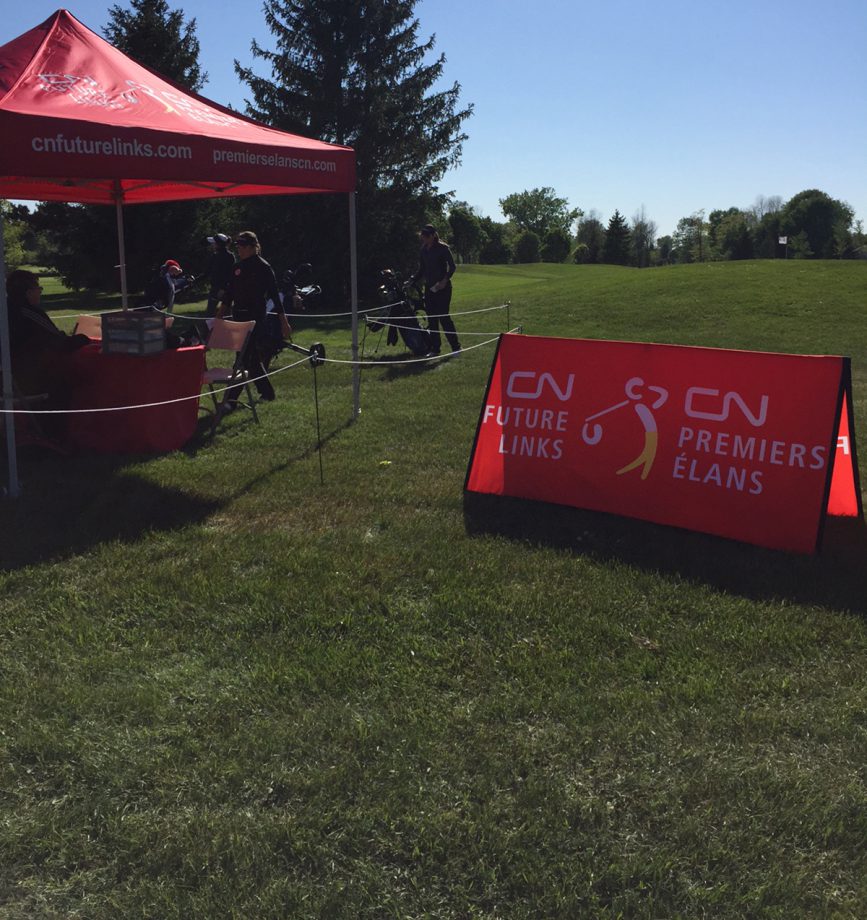 Whitby, Ont., native Kevin Gordon was in the first group off the tee this morning and he continues to lead the field. He turned in a 2 under par round of 69 and finished strong with four birdies on the back nine for a 32.

Co-leader Nicholas Brisebois from Kanata, Ont., started strong with an eagle on the second hole and added another to his card on the 13th. Standing on the 15th tee, he was 7-under par, but stumbled in the last four holes to conclude the opening day at 69.

Not far behind sitting T5 with a round of even par 71 is Team Canada Development Squad member Trevor Ranton. The Waterloo, Ont., native recently opened Golf Canada’s competitive season with a wire-to-wire win at the 2015 CN Future Links Pacific Championship.

One shot back is fellow Development Squad teammate Tony Gil of Vaughan, Ont., who sits T11 going into the second day of play. Rounding out the national team contingent on the Junior Boys side is Étienne Papineau from St-Jean-sur-Richelieu, Que., who is T37 after a round of 76.

In the Junior Girls division, Selena Costabile of Thornhill, Ont., ended the day at the top of the leaderboard with an even par 71.  She heads into the weekend in hopes of improving upon her runner-up finish at this event in 2014.

Following close behind in second place with a round of 74 is Alyssa Getty. The Ruthven, Ont., product is the reigning CN Future Links Quebec champion.

Development Squad member Grace St-Germain shot a 6-over-par 77 for sole possession of fourth place. She enters the second round aiming to continue her early season success after taking the CN Future Links Pacific title to complete a Team Canada sweep at the event.

The Junior Boys winner of the CN Future Links Ontario Championship and the following five finishers will earn exemptions into the field at the 2015 Canadian Junior Boys Championship, to be contested at Summerlea Golf & Country Club in Vaudreuil-Dorion, Que., from August 3-6. On the Junior Girls side, the winner and the first to fifth runners-up will earn direct entry into the 2015 Canadian Junior Girls Championship hosted by Deer Park Municipal Golf Course in Yorkton, Sask., from August 4-7.

The competition at the CN Future Links Ontario Championship continues tomorrow with the Junior Girls beginning their second rounds at 7:30 a.m. EDT; the Junior Boys are set to follow at 9 a.m. EDT.

Additional tournament information and first round results can be found here.