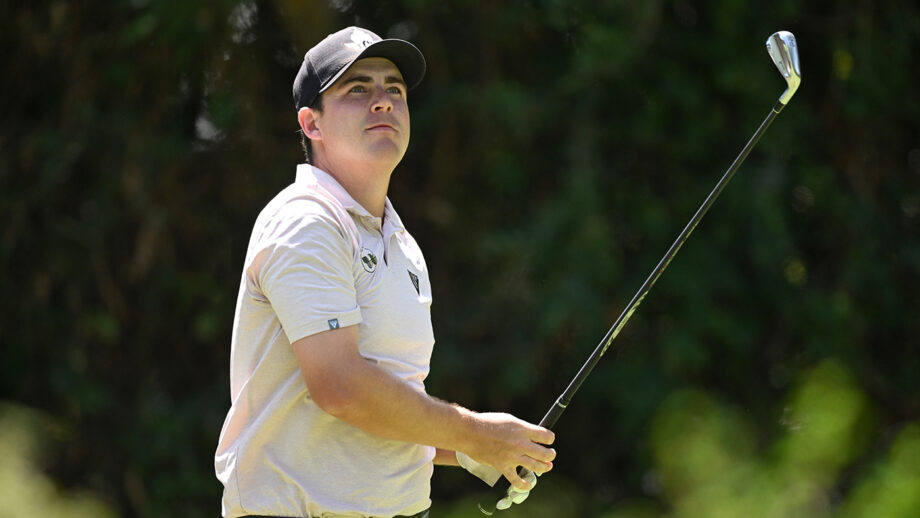 Appropriately enough, it was a magical week in Kenya for Aaron Cockerill.

At last week’s DP World Tour event – the Magical Kenya Open – the Winnipeg native finished tied for second. It was his best career result across the pond, and it came with both the biggest paycheque he’s ever cashed (just over CAD$180,000) plus a little more job security for the balance of the year.

The 29-year-old jumped 190 places in the in the Official World Golf Ranking to 351 after his result Sunday. It’s the best spot he’s ever hit in his career.

Cockerill has spent the last month playing golf in Africa. He played three Challenge Tour events before teeing it up on the DP World Tour in Kenya, and the next two weeks’ events are in South Africa. Cockerill made two of the three cuts on the Challenge Tour (like the Korn Ferry Tour in North America) but didn’t have any good finishes – “that’s just how golf can be sometimes” – but arrived in Nairobi and found an elevated comfort level on the golf course.

“Nothing was really that different. Just put myself in a different spot through a couple of days, had a good weekend, and hung around and it turned out to be a great week,” said Cockerill.

Cockerill, whose wife Chelsea travels with him often and can usually be found caddying for him, said he’s been able to adjust well to the rigors of the DP World Tour over the last few seasons. When he first headed over the Atlantic to try his hand on the then-European Tour he was star-struck. He’s young enough, he said, to have watched most of the guys he was competing against on TV growing up.

COVID-19, although incredibly difficult for travel and logistics, basically gave Cockerill a ‘bonus’ year in Europe. That allowed him to spend more time with the guys he was competing with week in and week out.

Cockerill’s tie for second in Kenya (he finished four shots back of winner Ashun Wu of China) moved him to 28th on the DP World Tour’s season-long points list. At the start of 2022 Cockerill didn’t have good status, so his plan was to tee it up at five Challenge Tour events and five DP World Tour events, see which Tour he was playing better on, and go from there.

Having such a great result at the early part of the season has now, essentially, given him DP World Tour status for the balance of 2022.

Cockerill is hopeful for an exemption this year into the RBC Canadian Open (he’s currently the 9th-ranked Canadian male in golf, with seven of those ahead of him PGA Tour regulars) but has a laser-like focus on getting to the DP World Tour’s ‘Category 10’ status ranking – equivalent to finishing inside the top 125 on the FedExCup standings on the PGA Tour, which would allow him to pick and choose his schedule overseas.

Despite the huge paydays available on the PGA Tour, Cockerill is quite comfortable playing his worldly schedule. If he could lock in full-time DP World Tour status it’s likely he’ll stick it out there instead of making a PGA Tour run.

“It’s so fun,” he said. “The travel and the places you get to go… it’s more difficult and there is huge money on the PGA Tour, but there is something about it over here where it’s really a blast.”

Now Cockerill is hopeful to parlay some early-season success into some more, well, magic.

“I think the biggest thing I took away is, regardless of the finish, I just felt very confident and comfortable in the situation (on Sunday). To know that I can be there on Sunday and feel good about it and put together a good round when it mattered was the biggest takeaway for me,” said Cockerill. “It being my best finish was just a bonus but the whole process was fun and very rewarding.”