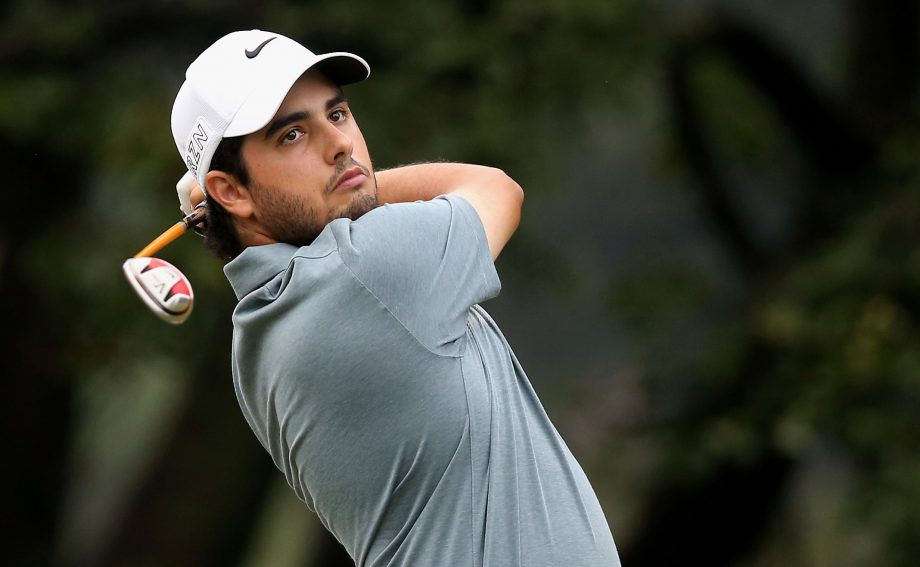 HALIFAX, N.S. – Abraham Ancer won the Nova Scotia Open on Sunday for his first Web.com Tour title, beating Bronson Burgoon with a 15-foot birdie putt on the first hole of a playoff.

“It was a pretty straight putt. It was right-edge and I smoked it dead center,” Ancer said. “I’ve been waiting for this moment for a while. To win out here is tough. I don’t think it’s going to sink in for a while.”

Part of a tour-record six-way tie for the third-round lead, Ancer and Burgoon each birdied the par-4 18th in the final pairing in regulation. Ancer made a 30-footer, and Burgoon countered with a 10-footer.

“I was just trying to cozy mine in there because they can get away from you quickly,” Ancer said. “I knew it was for a potential win, but I was thinking Bronson was going to make his. It’s not the kind of putt you want to be aggressive with.”

They finished at 13-under 271 on Ashburn’s New Course.

Ancer earned $117,000 to jump from 39th to fourth on the money list with $192,945. The former University of Oklahoma player tied for second in the Brazil Champions in March.

Stuart Appleby closed with a 68 to tie for 36th at 6 under in his first start since surgery to repair a herniated disk. The nine-time PGA Tour winner made his first appearance on the second-tier tour since 1995.

Top Canadian in the field was Ryan Yip with a final round 71 to finish T16. Team Canada Young Pro Adam Svensson also finished with a score of 71 to finish T25. Eugene Wong had a 3-under 68 today.