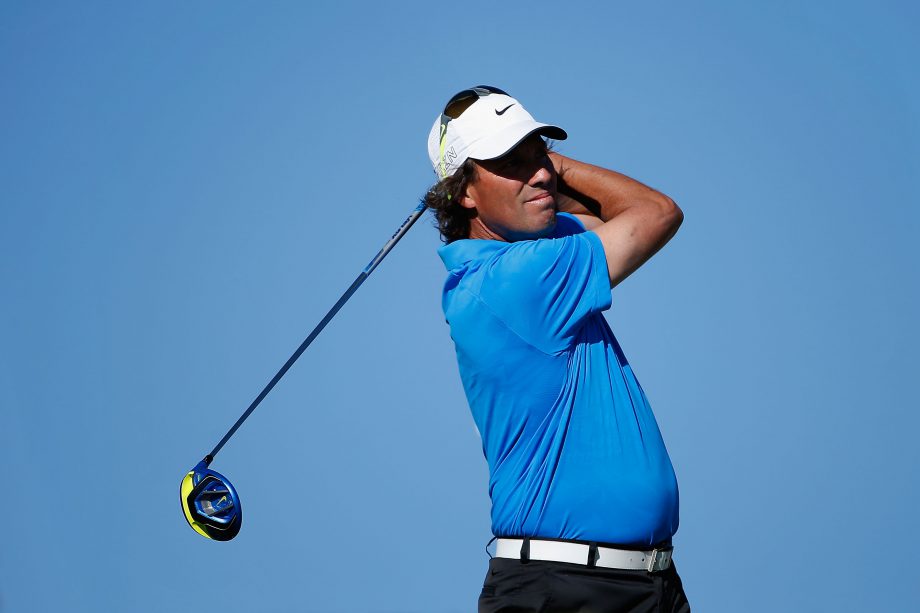 BOCA RATON, Fla. – Fred Couples birdied the final two holes Saturday to pull within a stroke of the leaders in the PGA Champions Tour’s Allianz Championship.

Couples birdied the first three holes, dropped a stroke on the par-4 fourth, birdied the par-5 sixth and eagled the par-4 10th. He two-putted from about 100 feet for birdie on 18.

“It was a good round overall,” Couples said. “I made some putts, obviously. That’s really about it. I didn’t do anything overwhelming, but I didn’t do much poor. A couple times I got it up-and-down to keep going. I birdied the first three holes and I absolutely butchered the fourth hole from about 80 yards. I came up way short and three-putted.”

He holed out with a wedge on the 10th.

“I forgot about that,” Couples said. “I hit a 3-wood and got it way down there and I was surprised, 90 yards, which is a perfect sand wedge. I hit it right by the hole, took a bounce and spun back in. I totally forgot about those fun things. But that was a surprise. Picked up two quick ones there. It kind of pushed me, obviously, close to everybody.”

Couples is playing in Florida for the first time since the 2006 Honda Classic.

“Glad I came,” said Couples, the Hall of Famer who won the last of his 11 senior titles in 2014. “The course is beautiful. I’ve never played here, so yesterday was a little bit of a guessing game because I had never played the course and we got rained out in the pro-am after eight holes. But I got it around and today was much better. I love the course and plan on coming back.”

“A lot less wind today, but some tough hole locations, so it made it play tough,” McCarron said. “Yesterday was a lot tougher with the wind, but today was nice. It was windy when we started and then just kind of laid down toward the afternoon. This is such a great golf course and it’s in phenomenal shape, so it’s going to be a shootout tomorrow.”

Canadian Stephen Ames fired a sizzling 9-under 63 Saturday including an ace on the 204-yard par-3 14th hole to climb 39 spots into a share of 12th heading into Sunday’s final round. Fellow Canuck Jim Rutledge bounced back from an opening-round 80 with at 2-under 69 Saturday in 74th position.

Bernhard Langer was tied for 54th after his second straight 71. The 59-year-old German star is coming off a victory in the season opener in Hawaii, his 30th career victory on the PGA Tour Champions. He won the Allianz Championship in 2010.

Defending champion Esteban Toledo was 8 under after a 67.