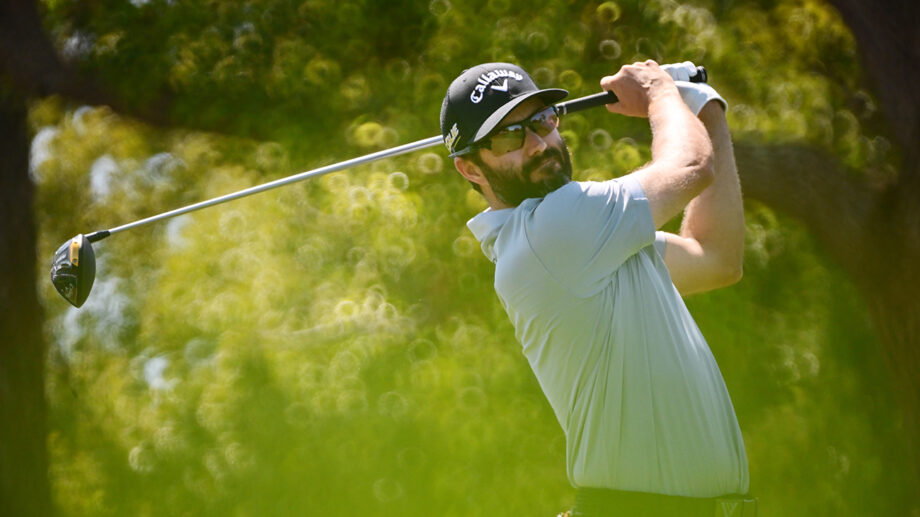 PALM HARBOR, FLORIDA - MARCH 20: Adam Hadwin of Canada plays his shot from the first tee during the final round of the Valspar Championship on the Copperhead Course at Innisbrook Resort and Golf Club on March 20, 2022 in Palm Harbor, Florida. (Photo by Julio Aguilar/Getty Images)
Canadian Press

PALM HARBOR, Fla. (AP) – Sam Burns celebrated another victory Sunday at the Valspar Championship, and it was nothing like he experienced a year ago.

He lowered his arms and forcefully shook his fists as raw emotion poured out of him on the 16th green, a reaction worthy under the circumstances. Burns capped off his back-to-back wins at Innisbrook with a birdie putt from just outside 30 feet to beat PGA Tour rookie and longtime friend Davis Riley on the second playoff hole.

“It felt like it looked,” Burns said with a wide smile, the trophy at his side from his third PGA Tour victory in the last year, a run that began with his first win a year ago at the Valspar Championship when he won by three shots.

“All through today, just trying to make sure that I never got too high or too low and just tried to stay even-keeled,” he said. “And to see that go in, I mean, that’s just what I felt.”

There was plenty to cause stress during a four-man chase along the back nine on the Copperhead course at Innisbrook.

Burns, who closed with a 2-under 69, had control until he had to make a 9-foot putt for bogey just to keep the lead. Riley, who steadied himself after a triple bogey on the par-5 fifth hole, hit 5-iron to 6 feet for birdie on the 17th to catch him.

Riley, who started the final round with a two-shot lead and closed with a 72, had a 15-foot birdie putt on the 18th for a win. Burns was watching from a distance, hopeful only of a chance to play golf. The putt missed to the right, and two holes later Burns was a winner again.

He is the second straight back-to-back winner at Innisbrook following Paul Casey’s consecutive wins in 2018 and 2019. The tournament was canceled in 2020 because of the pandemic.

“Man, it’s crazy,” Burns said. “Davis played well today, especially the way he finished. I tried to stay steady. I didn’t make a lot of mistakes. A lot of time on Sunday if you plot your way around, make a bunch of pars, throw in a few birdies, a lot of times it works well. So happy.”

Both made pars on the 18th in the playoff, with Riley saving par from a front bunker. Neither looked to be in great birdie position on the 16th until Burns’ putt caught the left edge and went 180 degrees around the cup before falling in the back side.

Riley hit a strong pitch needing to hole it to extend the playoff and missed long.

“I can’t hang my head about anything,” Riley said. “I played a lot of good golf and unfortunately I didn’t have my best stuff today and I stumbled on hole 5 today and that kind of cost me. But at the end of the day it’s a great week to build on.”

Justin Thomas (70) and Matthew NeSmith (71) each finished one shot out of the playoff, and each had a share of the lead at some point during a tense final round in warm, windy conditions on the Copperhead course.

Thomas was one shot out of the lead when he laid up 54 yards short on the par-5 11th. It settled in a tiny hole that kept him from clean contact, and his wedge went just long into light rough. His chip ran 12 feet by the hole and he took bogey at the easiest hole in the course.

One hole later, Burns made a 15-foot birdie putt and Thomas suddenly was four shots behind. He had two straight birdies to stay in the game and had a chance when Burns took bogey on the 17th. But then Thomas hit his tee shot into the slope of a bunker right of the 18th and couldn’t reach the green.

“I didn’t really do anything at all today and I very easily could have won the tournament,” Thomas said. “I mean, good drive on 18, and I have a wedge in there and could be in this playoff just as easily. But a lot to build on a, lot of positives, and we got a big stretch coming up, so I’m excited for it.”

NeSmith was one shot behind heading to the 10th tee. He made all pars until a 12-foot birdie putt on the 17th. He had a 35-foot putt from the fringe to join the playoff and narrowly missed.

Riley had never been in contention on the back nine on the PGA Tour and looked like he might not get there Sunday after his triple bogey.

From well left of the fairway, he went left down the adjacent sixth fairway, only to chunk his third shot from 106 yards into the base of a tree. He took a penalty drop, hit long into the rough, chipped long again into the rough and made triple bogey.

But he steadied himself with a 50-foot birdie putt from the fringe on No. 8 and a nervy 7-foot par putt on the ninth and the race was on.