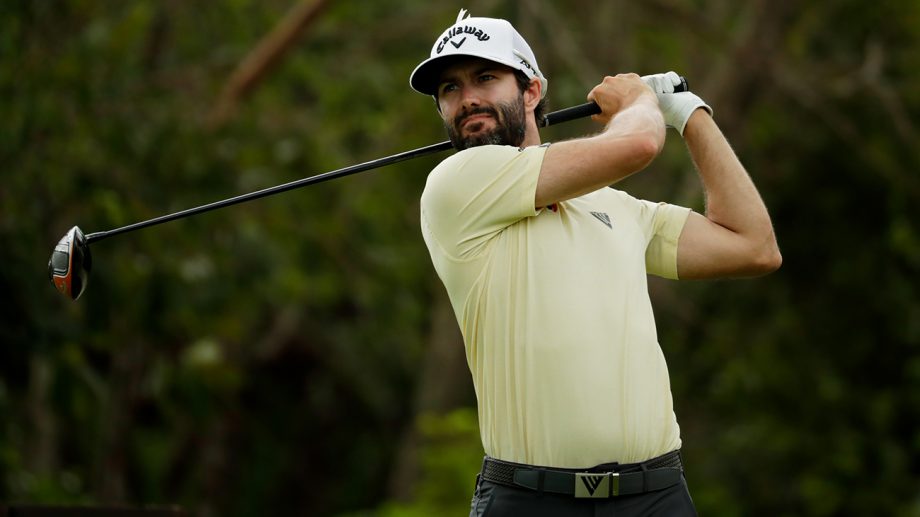 “I felt like there was a number of tournaments where all it was was a missed putt in a certain moment to either get some momentum or keep momentum, and I wasn’t able to make the putt or get up and down or get a good iron shot when I needed to,” Hadwin said. “It seemed like every event I was close to playing well, making a run and getting into the top 10. And then I ended up finishing 50th.”

Compartmentalizing his frustration week to week proved difficult. One week started to bleed into the next. One minor mishap and he’d be back at that place of frustration.

“It’s very difficult. I had a very difficult time managing that last year, I just couldn’t find a way to pull myself out of the funk,” he said. “I would start off a week OK, and you know, fresh start and here we go. And then that one bad thing or one missed putt would happen during the first couple of rounds, and it was kind of right back where I started.

“So hopefully that six weeks off has allowed my brain to kind of get out of its own way a little bit.”

Hadwin tees of what he hopes is a better 2021 on Thursday at the American Express Championship in La Quinta, Calif.

He spent the month-and-a-half off visiting family, a break that “went by too fast.” But now he’s keen to hit the reset button.

“I didn’t end the year on a very great note. So, it was nice to take some time and just get away from it a little bit, and recharge the batteries and start the year out in a place that I’m comfortable in,” Hadwin said.

The 33-year-old from Abbotsford, B.C., finished fourth at the Rocket Mortgage Classic in July, but his year petered out from that point. He missed three consecutive cuts to finish 2020, including The Masters in mid-November, and sits 158th in the FedEx Cup standings for 2020-21.

The Players Championship had already started in mid-March when the NBA shut down due to COVID-19. The PGA Tour did the same the next day, and it would be two months before the circuit teed off again. The pandemic forced the cancellation or postponement of 11 tournaments.

Hadwin, who was 54th in the FedEx Cup standings last season, said golf has been relatively lucky.

“What we have done hasn’t changed that much, at least the way that our sport is being conducted, the essence of the competition really hasn’t changed,”

he said. “Some of the smaller things maybe, (such as) not as much locker-room access, or how we eat at tournaments, travel may be a little bit different, but not much has changed once you get inside the ropes.”

The shutdown last spring meant extra time with his young family. His wife Jessica gave birth to their daughter Maddox a year ago.

“So, she was three months when everything shut down. And certainly my wife and I have talked quite a few times about how it’ll be very crazy when she grows up, like these are things that will be written in textbooks, when she’s learning, and that we actually went through it.”

It does feel eerie, he said, being in California, which has gone back into lockdown to battle the pandemic’s second wave. His wife and daughter, however, are able to travel with him, since they drive from one tournament to the next.

The break last spring also allowed Hadwin and his wife to launch the Hadwin Family Foundation in May. The Foundation’s aim is to help couples struggling to become parents.

The Hadwins struggled to get pregnant, and finally did through IVF (in vitro fertilization), which is a costly procedure.

“At the end of it, when we came out with our daughter, for a few months, we were both looking at each other and just feeling very thankful that we were in a position financially to be able to afford what we did,” Hadwin said. “We had tossed around the idea about starting a foundation for a while, and we just weren’t sure maybe what our purpose would be.

“After having Maddox after having wanted something so badly, that became part of our idea was helping people grow their families, and helping support the financial costs of growing a family through non-traditional means . . . for those who can’t have kids naturally.”

Hadwin said it’s still a taboo topic, so he and his wife believed by sharing the story of their struggles, they could “make it more of an open topic, it’s not something to be down about or ashamed about, and a lot of people deal with these sorts of things.”

Abbotsford’s Nick Taylor, Roger Sloan of Merritt, B.C., Michael Gligic of Burlington, Ont., and David Hearn of Brantford, Ont., are the other Canadians in the field this week.