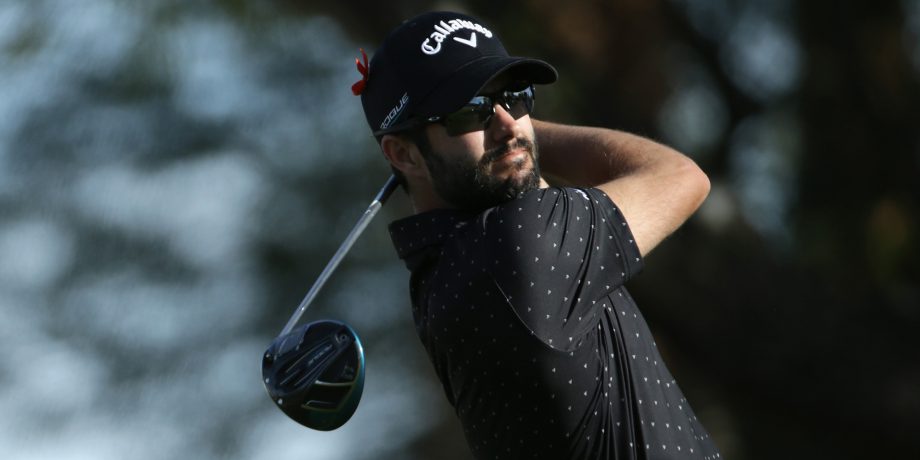 LA QUINTA, Calif. — Jon Rahm headed over the hill to San Diego for his Torrey Pines title defence with a playoff victory in the CareerBuilder Challenge and the No. 2 spot in the world ranking.

The Spaniard is way ahead of where he even dreamed he would be this early in his career.

“To think of being No. 2 in the world, it’s hard to believe,” Rahm said. “You dream of doing those things, you want to do them, you believe in yourself, but to get to where only Seve (Ballesteros), Ollie (Jose Maria Olazabal) and Sergio (Garcia) have gotten, coming out of Spain. And now me, at the age of 23, it’s beyond belief.”

In fading light Sunday on the Stadium Course at PGA West, Rahm finished off Andrew Landry with a 12-foot birdie putt on the fourth hole of a playoff for his second PGA Tour title and fourth worldwide victory in a year.

Rahm jumped past Jordan Spieth in the ranking, leaving only Dustin Johnson ahead. Rahm was second behind Johnson two weeks ago at Kapalua in his first start since winning the European Tour’s season-ending event in Dubai in November.

“So far, I’ve only lost against Superman this year,” Rahm said.

Rahm closed with a 5-under 67 after opening with a career-best 62 at La Quinta Country Club, shooting 67 on Friday on the Nicklaus Tournament Course and 70 on Saturday at the Stadium.

Adam Hadwin (68) of Abbotsford, B.C., tied for third at 20 under to mark his third-straight top-10 finish at the CareerBuilder Challenge. A year ago in La Quinta, Hadwin became the eighth player in PGA TOUR history to shoot a 59—going on to finish with sole possession of 2nd in 2017. In 2016, Hadwin finished with a share of 6th.

After Rahm made the putt on the fourth playoff hole, Landry missed an 11-footer.

“This was a weird pin location,” Landry said. “I felt like it was hard for those balls to break and I read it perfectly the first time and the next two times we had the exact same yardage, exact same putt right there, so just hit it a little too firm and tried to take some of the break out and it actually just kind of stayed high.”

“I felt something in me,” Rahm said. “I saw the break, I knew it was outside the left edge, I just trusted myself, trusted my stroke and hit a perfect — actually a little bit below perfect speed and caught the lip and went in.”

If Landry had holed the putt, they likely would have had to finish Monday.

“I’m sure glad Andrew didn’t make the last putt, because I didn’t want to come back tomorrow,” Rahm said. “But again, you got to give props and congrats to Andrew. To birdie 18 out of the rough, having to birdie to tie and go in a playoff.”

Rahm and Landry each missed chances to win on the first two extra trips down 18. Rahm’s 9-foot birdie try slid left on the first, and Landry’s 8-footer went by to the right on the second. They missed long birdie tries on the third extra hole, the par-4 10th.

“Tournaments like this build character,” Rahm said. “I’m just proud of myself to hit what’s probably my least favourite club, which is the 3-wood, three times in a row dead centre on my line on 18 — four times if you include the regular play.”

After making an eagle and 11 birdies on the par 5s the first three days, Rahm settled for four pars in the final round, with the Pete Dye-designed layout playing tougher with many pin positions on the edges of greens.

After opening the @CBGolfChallenge with a 10-under 62, @JonRahmPGA clinched the title on the fourth sudden-death playoff hole.

Roll the tape on every broadcasted shot from his final round. ? pic.twitter.com/BttcdjFnQS

“It’s been a fighting day,” Rahm said. “I’ve been a ball-striking clinic most of the week and in the playoff I was just not making the putts. I just got fortunate that none of us really made any and I was able to make the one that mattered. But then again, it was really supreme ball-striking on my part today. Especially, on the back nine, I hit the ball as good as I can.”

The former Arizona State player loves California, but has a good reason to stay in the Phoenix area.

“Taxes, to be honest,” Rahm said. “I love Phoenix, but San Diego is probably my favourite spot in the world.”

The 30-year-old Landry had his best career PGA Tour finish and third top-three finish of the season.

“I’ve been playing well all year, had a great season last year and I’m rolling it over right into this, into the fall and now starting the year out,” Landry said. “Second-place finish, we’ll take it and move on next week to Torrey Pines.”