Adam Hadwin tied for 8th in Phoenix after bogey-free 65 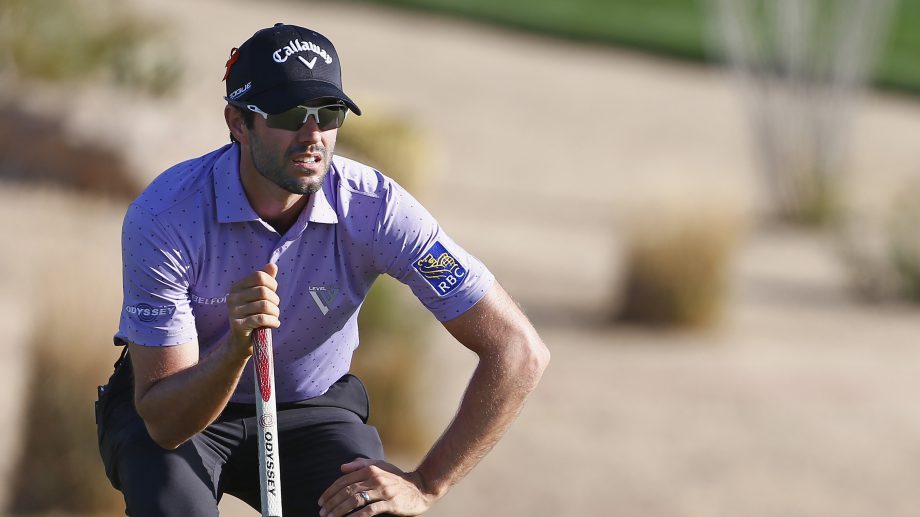 SCOTTSDALE, Ariz. – Rickie Fowler took a share of the lead into the weekend in the Waste Management Phoenix Open. He knows from experience the party is just getting started.

Fowler has had a lot of success at TPC Scottsdale without winning. He finished a shot behind Hunter Mahan in 2010, lost to Hideki Matsuyama on the fourth extra hole in 2016, and tied for fourth last year.

“From the first couple times I played it, I knew it was just kind of a matter of time before I would win here,” Fowler said. “I know I can win here. I put myself in position plenty of times.”

Fowler was tied with Bryson DeChambeau, with each shooting his second straight 5-under 66.

The festive tournament drew an estimated Friday-record crowd of 191,400 fans, bringing the week total to 439,088. The third-round mark of 204,906 set last year is expected to be shattered Saturday, and the week record of 655,434 from a year ago could fall with a day to spare.

DeChambeau birdied the final two holes, hitting a wedge to 8 inches on the par-4 18th late on another 80-degree afternoon.

“I missed a few short putts on the back nine, so definitely didn’t play my best,” DeChambeau said.

He won the John Deere Classic last year. In 2015, the former SMU star became the fifth player to win the NCAA individual title and U.S. Amateur in the same year.

Daniel Berger and former Arizona State player Chez Reavie were a stroke back.

Berger had a bogey-free 65.

“This is the fourth time I’ve been here, so I’ve kind of figured it out a little bit,” Berger said. “Mostly, it’s just about just enjoying yourself.”

Reavie eagled the 17th in a 65. He’s the only player without a bogey after two rounds.

“This is my home tournament, growing up here my whole life and coming to the tournament and carrying the sign board,” Reavie said. “So this is like the fifth major for me.”

Fowler birdied four of the first six holes. He bogeyed his old nemesis, the 317-yard 17th, after driving short of the green to the left and chipping across and off the green.

“Funky little chip where we were in a good position to make birdie,” Fowler said.

Two years ago, he blew a two-stroke lead on 17 in regulation when he drove through the green and into the water, then handed the playoff to Matsuyama when he hit into the water again.

Fowler is wearing a pin on his hat with a picture of Griffin Connell, the area boy he befriended at the event who died last week at age 7. Connell was born with a rare airway disorder.

“I don’t think it’s a coincidence he’s playing so well this week, either,” said Griffin’s father, Jim Connell. “Griffin, he’s not here with us, but we know he’s watching from above.”

“There’s no question that I play better down the stretch with people here,” Mickelson said. “I can feel their energy and it helps me focus.”

Justin Thomas and first-round leader Bill Haas were 6 under.

The fourth-ranked Thomas had his second 68. He was bogey-free after dropping three strokes late Thursday with a double bogey on 16 and a bogey on 17.

“I was pretty upset and mad about that last night because I really let a good chance get away to shoot, I felt like, 7 or 8 under,” Thomas said. “But stretches like that are going to happen over the course of four days.”

Haas followed his opening 64 with a 72. He made a double bogey on the par-5 third.

The tournament lost some star power when Jordan Spieth missed the cut and two-time defending champion Matsuyama withdrew because of a left wrist injury.

Spieth shot 72-70, playing alongside Thomas. The third-ranked Spieth last failed to advance to weekend play in May, when he missed consecutive cuts in The Players Championship and the AT&T Byron Nelson. Matsuyama’s injury ended his bid to match Arnold Palmer’s event record of three straight victories.

Robert Garrigus had the shot of the day, a drive on the 17th that hit the flagstick and stopped inches away. He’s 2 under after a 69. Andrew Magee aced the hole in 2001, the only hole-in-one on a par 4 in PGA TOUR history.