Adam Scott back to the long putter for Masters 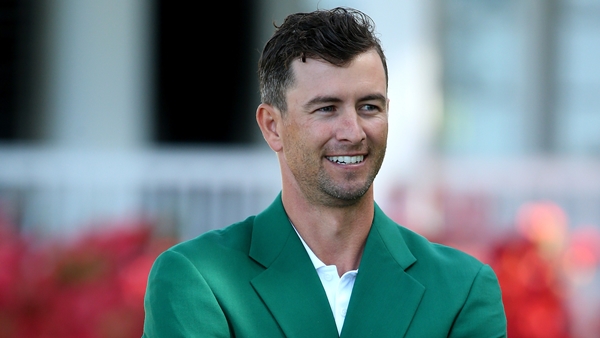 AUGUSTA, Ga. – Adam Scott showed up at Augusta National on Sunday with a familiar friend – his long putter.

Scott said the Masters is too important for him to keep experimenting with the short putter that he used during the Florida swing with mixed results. The anchored stroke used for the long putter will be outlawed starting in 2016, and the Australian appeared to be getting an early start in making the change.

But just not for this week. And probably not in June, July or August for the other majors.

“It just seemed like the sensible thing to do,” Scott said. “I’m not here to just see what happens. I’m here to get the job done, and the odds are more in my favour of doing that with the longer putter considering I’ve used it the last four years.”

Scott tied for fourth on the fast greens of Doral. He then missed a series of short putts at Innisbrook and missed the cut for the first time in nearly three years on the PGA Tour. His putting was suspect a week later at Bay Hill when a good start turned into a tie for 35th.

Going back to the long putter was hardly a problem, and Scott smiled when asked if it was similar to going back to an old girlfriend.

“Depends on the girlfriend,” said Scott, who got married right after the Masters last year. He didn’t start playing this year until his wife gave birth to their first child in February.

Scott first went to the long putter in 2011, though what gets overlooked is that his overall game improved. He ranked among the top 30 in total driving (distance and accuracy) from 2011 through 2014, compared with only one year in the top 30 dating to 2003.

The putter became a big part of his identity, however, especially winning the first major. That will have to change in 2016, and Scott appeared to be working toward the change at the start of this year. Scott, however, is at a stage in his career where he is trying to add majors. There are only four a year, starting at Augusta.

“I certainly think I’ll be putting with the longer putter later on this year,” he said. “It’s a process. I’ve got time up my sleeve to change. If you call the last few weeks a bit of an experiment, it’s good to know that I learned things about what I was doing and what I think about and what my principles are in the putting.”

Scott was wearing his green jacket on Sunday to help present trophies to the winners of the Drive, Chip and Putt contest in its second year.

Sunday at Augusta National is unlike any other going into a major. Matt Every and Miguel Angel Jimenez shared the putting green with a group of kids ready to take part in the putting competition on the 18th green. Defending champion Bubba Watson presented trophies to one age group, and then headed out to play a practice round with his wife. Such are the privileges of a Masters champ.

“Hopefully, she doesn’t beat me or I might have to withdraw,” Watson said.

Two of the headliners at this Masters – Tiger Woods and Rory McIlroy – were not seen. Woods played practice rounds on Tuesday and Friday before deciding he would play for the first time in seven weeks. McIlroy, the No. 1 player in the world, needs a Masters victory to complete the career Grand Slam.

Watson doesn’t mind that he isn’t mentioned as much, even with a chance to become only the fourth back-to-back winner at the Masters.

“We’ve all got to make putts,” he said. “It doesn’t matter what the headlines say.”

Scott couldn’t agree more, which is why he’s going back to a familiar putter.