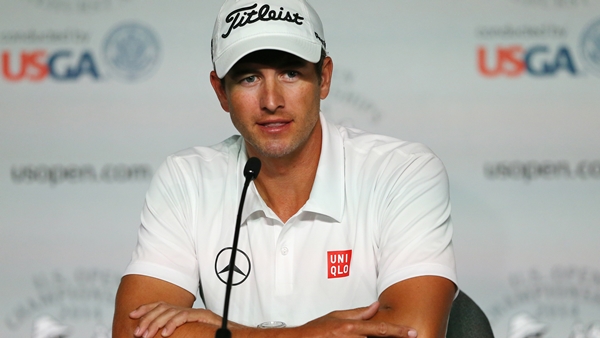 PINEHURST, N.C. – Adam Scott is trying to build a golf game that can travel to any golf course in the world for any tournament.

He can only hope it knows the way to Pinehurst No. 2. Or any U.S. Open course, for that matter.

Scott goes into this U.S. Open as one of the favorites because of his game, his form and his world ranking. The Australian didn’t reach No. 1 in the world by accident. He has won six times around the world in the last two years and really thrived in the majors.

He won the Masters last year for his first major. He could easily have won the last two U.S. Opens. He was in the hunt at the PGA Championship last year at Oak Hill.

But the toughest test in golf?

Scott hasn’t broken 70 at the U.S. Open in five years. He has missed the cut as often as he has made it – six times each. And in those six times he completed 72 holes, he has yet to finish under par. His best performance as a tie for 15th.

“I’ve talked to you all about 10 years of playing pretty average, by my own expectations in majors, and tried to improve that the last few years,” Scott said Wednesday. “And I think I’ve done a good job – but maybe not quite as good at the U.S. Open.”

Scott is riding some reasonably good momentum. In his first week at No. 1 in the world, he won at Colonial. A week later, he was tied for the lead at the Memorial with seven holes to play until he put one tee shot in the water and took two shots to get out of a bunker.

Even so, he has no complaints with his game.

Scott is among the best drivers in golf and has been for the last two years. That would seem to suit him well at a U.S. Open, where accuracy is always a premium. His putting comes and goes – not even the long putter has cured that inconsistency. But the rest of his game is well-rounded.

“Maybe it’s coincidence that I haven’t had my best stuff at a U.S. Open,” Scott said. “But I certainly feel like where my game is at now, and the past few years, I should be able to compete here. I’m trying to build a game that can play anywhere. So it’s a good week for me to turn the corner and get in contention.

“I think this course sets up well to me.”

He plays the opening two rounds in what has been described as the “Masters” grouping – with Bubba Watson and Charl Schwartzel. Scott said the only similarities between Augusta National and Pinehurst No. 2 are the options around the green – chipping, putting, pitching – and knowing where not to miss.

“Patience will be tested,” he said.

His patience already has been tested plenty in the U.S. Open.