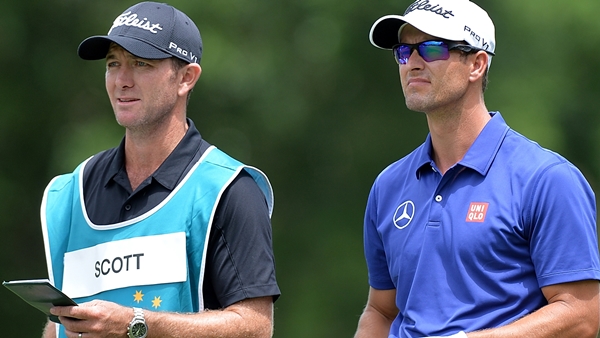 Kerr worked the Australian Open and Australian PGA Championship for Scott, and then was offered the job. Scott had been trying out different caddies since parting with Steve Williams at the end of the FedEx Cup.

Scott had received more than 100 offers. That is not surprising given that he is a top player with a congenial personality and limited schedule.

Kerr is from Zimbabwe. He previously worked for Ernie Els, Lee Westwood and most recently Thorbjorn Olesen.

Scott is not expected to play again until the Honda Classic in late February of 2015.