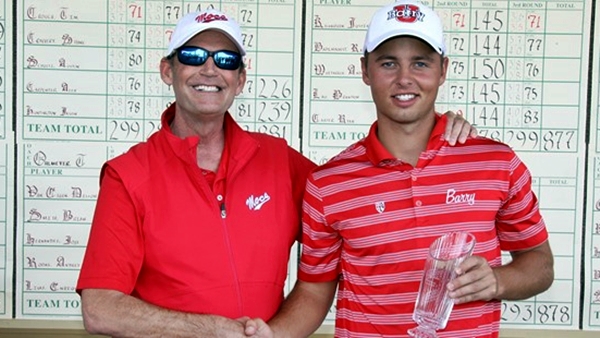 Team Canada’s Adam Svensson showed no signs of rust after a lengthy break from NCAA action – he won medalist honours at the Matlock Collegiate Classic on Tuesday at the Lone Palm Golf Course in Lakeland, Fla.

The Surrey, B.C., native was dialed in on Monday’s second round – he set a school record with an 8-under 64. The 20-year-old finished four strokes ahead of second place Ernesto Vitienes of Lynn University. This marks the third victory of the season for the Barry University sophomore, who also has captured the Brickyard Crossing title as well as the Guy Harvey Invitational.

They tee-it-up again next month at the St. Edwards Invitational in Austin, Tex.