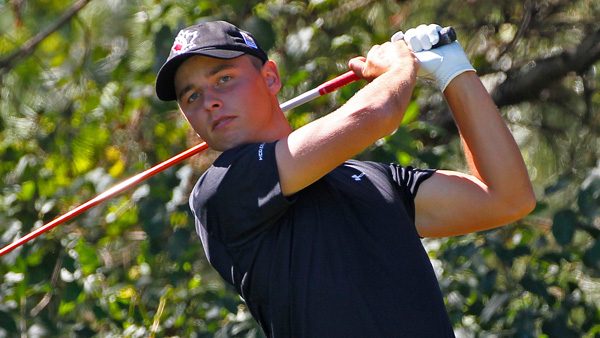 Adam Svensson of Surrey, Kevin Carrigan of Victoria, Christina Proteau of Port Alberni and Naomi Ko of Victoria all received awards in their respective fields.

Svensson, who won the award in the Men’s category, put together an impressive and consistent championship record in 2014. As a junior at Barry University in Florida, Svensson won seven of the 12 NCAA Division II events he competed in, a record that earned him the Jack Nicklaus Award for best Division II golfer in the nation. He finished T8 in the Canadian Amateur Championship, and T4 in the BC Amateur Championship. Svensson competed in the World Amateur Team Championships, where he took 7th place individually, and 2nd in the team competition.

Also winning awards this year were Gigi Stoll of Beaverton, Ore. in the Women’s category; Kevin Carrigan of Victoria, B.C. in the Men’s Mid-Amateur category; Tom Brandes of Bellevue, Wash. in the Senior Men’s category.

The PNGA Player of the Year candidates are nominated by the various state and provincial golf associations that comprise the PNGA (Alaska, Alberta, British Columbia, Idaho, Montana, Oregon and Washington), and are selected by a vote of the PNGA Championship Committee and members of the Northwest Golf Media Association. Awards are given annually in eight different categories: Men’s, Women’s, Senior Men’s, Senior Women’s, Junior Boys’, Junior Girls’, Men’s Mid-Amateur and Women’s Mid-Amateur. The awards are officially presented at the PNGA Annual Meeting in the spring.