Adamonis, Gordon, among 11 that advance at RBC Canadian Open Regional Qualifier in Quebec 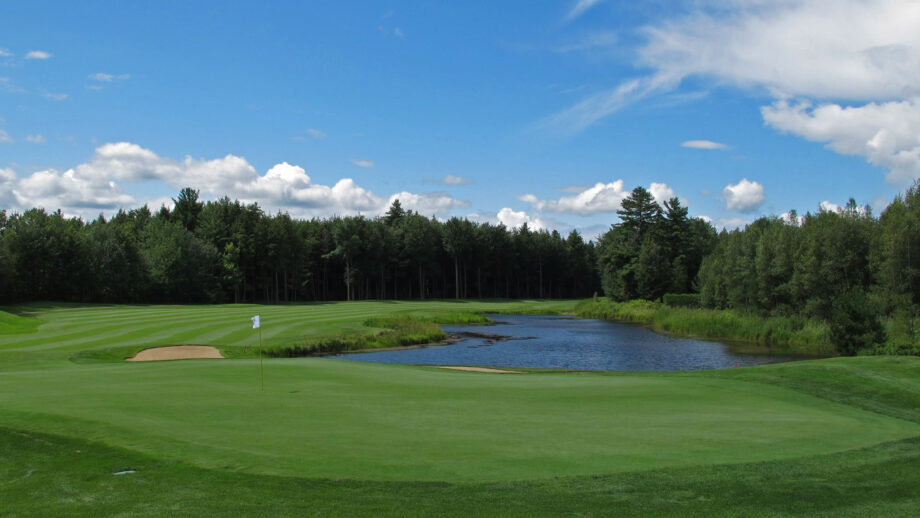 A hole-in-one on the 175-yard, par 3 10th hole at Club de Golf Le Blainvillier in Blainville, Que., highlighted Adamonis’ round of a 2-under-par 69, as he and 10 others advanced to the Final Qualifier taking place on June 6, at Oakdale Golf & Country Club in Toronto, Ont.

Kevin Gordon, of Whitby, Ont., also carded a 2-under-par 69, matching the low score of the day in a starting field that featured 84 players.

Since there were less than 100 competitors at the Quebec regional event, there was no playoff needed to determine an outright winner, who otherwise would have received an exemption directly into the 2022 RBC Canadian Open.

Adamonis, a one-time winner on the Korn Ferry Tour, walked up to the tee on 18 needing only a par to secure the low qualifier honours, but a bogey on his final hole of the day opened the door for Gordon who subsequently capitalized on the opportunity.

Gordon, in his own right, was firing on all cylinders in the early stages of his round, holing two birdies and an eagle to start, but fought the course down the stretch with a pair of bogeys on the back nine, to finish tied atop the leaderboard.

Brandon Lacasse was one of two Quebec natives, alongside Team Canada Young Pro Squad member Hugo Bernard, to qualify out of his home province on Monday. After back-to-back bogeys on the front nine, Lacasse battled back, firing a 2-under 33 on his final nine holes of the day, to finish at even par on the round.

“After the front nine, I knew I needed to go low coming in to have a chance, so I’m proud of the way I turned things around today,” said the 24-year-old, Lacasse. “For now, the focus is on the tournaments in front of me, but I’m excited to play in the Monday Qualifier in June,” he added.

The breakdown of the Quebec qualifier goes as follows: seven players from Ontario, one from Quebec, one from British Columbia, and two based out of the United States.

Étienne Brault, who qualified for the RBC Canadian Open through the Quebec qualifier and then the Final Monday Qualifier in 2019, missed today’s cut by one stroke.

A minimum of four players from the 18-hole stroke play Final Qualifier on June 6 will gain entry into the RBC Canadian Open field.