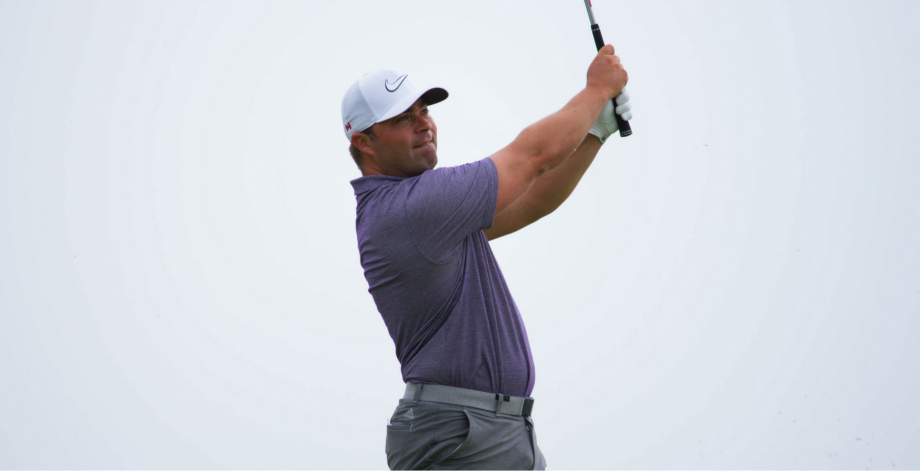 VICTORIA, B.C. – While cold weather conditions at Victoria Golf Club made for a tougher day Saare Adams carded a third-round 69 on Thursday to edge out Garrett Rank for the lead heading into the final day of the Canadian Men’s Mid-Amateur Championship.

Adams battled it out on his home course, where he happens to also be the tournament chair, playing an up and down round with four bogeys and five birdies. The local golfer was one of only four golfers to score in the red during the third round.

“It was a good round. A little shaky start, butchered the first hole after a good drive and then made another bogey and kind of got into the groove, played better and found my putter,” said the 34-year-old. “I’ve got a good home course advantage. It was a little breezier today, so I think lots of the guys kind of struggled.”

All in all, Adams felt like it was just another round of golf and added, “I’m just trying to have some fun and not make any big numbers.”

Garrett Rank, the 36-hole leader got off to a  rocky start to his round with two consecutive bogeys out of the gate, followed by a birdie and yet another bogey. Rank settled down with 6 pars and a birdie through the first 14 holes, before difficult double bogeys on 15 and 16 saw him finish the day sharing a piece of second.

All hope is not lost for the 30-year-old, who is only one shot behind the lead alongside fellow former Mid-Amateur champion Kevin Carrigan. Carrigan, who started the day in a tie for third, posted an even-par 70 after registering four birdies and four bogeys to sit in second with Rank at 2-under-par 208.

In the over-40 Mid-Master division, Sandy Harper of Nanaimo, B.C. shot 67, the low-round of the day, to tie defending champion Todd Fanning  at 1 under par.

When asked about how it felt to co-lead the division, Harper just laughed.

“It was a good round. Overall, I hit it well and drove it well and hit a lot of greens,” said the Nanaimo, B.C. native. “I’m just trying for the 60-and-over division.”

Not to be outdone, Fanning added his own sense of humour to the conversation.

“Sandy played professional golf before I did, so I think our combined ages are probably more than the four other guys in the last two groups,” said the 50-year-old. “I find this golf course keeps you off balance the whole round. Staying patient is important and just understanding that everyone else is going through what you’re going through.”

Derek Meinhart of Mattoon, Ill., rounds out the Mid-Master top-three at 5 over par.