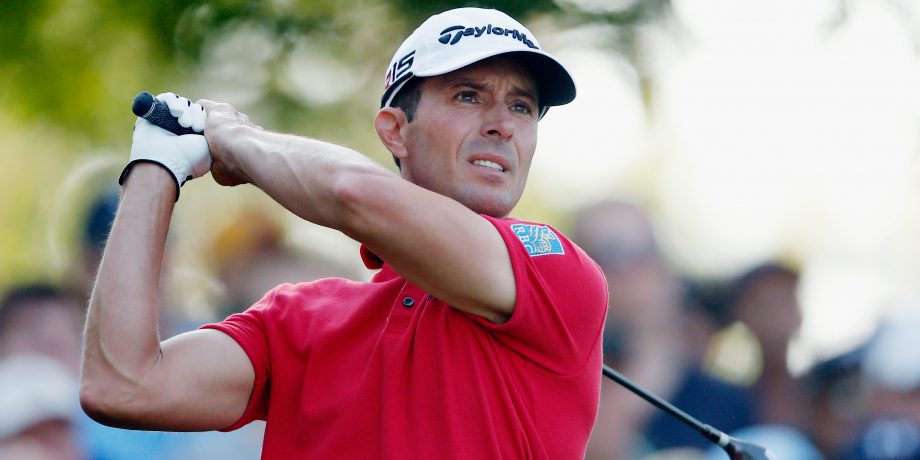 Motivated by his daughters and fresh off a break from golf, Mike Weir is ready to start his comeback.

The Canadian golfer will play his first tournament since taking a months-long hiatus when he tees off at the AT&T Pebble Beach Pro-Am in February. He must make a certain amount of money within the first eight events of the 2015 season to hold on to his PGA Tour playing privileges.

After withdrawing from the John Deere Classic in July, the native of Bright’s Grove, Ont., said he was going to be taking an “indefinite leave of absence from golf.”

Once the No. 3 golfer in the world, Weir slid down to 620th. He was divorced last December, and, after fighting a myriad of injuries, the eight-time PGA Tour champion and 2003 Masters winner decided enough was enough.

He needed a reset.

Weir admitted he didn’t swing a club for seven weeks after his announcement. He enjoyed spending time with his daughters, 17-year-old Elle and 15-year-old Lili. They went to the south of France, they went to visit family in Southwestern Ontario, and family visited them.

But once the girls got back to school, Weir began practising again during the day. He would travel to Florida to work with his coach David Leadbetter – one of the world’s most renowned teachers.

All the while, his daughters kept him motivated.

“We talk all the time when I get home. They’re asking how my practice is going and they can see how things are coming along, and see how I’m excited,” Weir said. “They definitely want me to go out there and do well”

“I just want to get back to playing good golf, which I think I’m capable of doing. Right now I’m very motivated and I’m giving it one good go.”

There was a slight pause when Weir said, “good,” as if he was holding himself back from saying “last.”

Time is catching up to the 45-year-old, and the past five years have been a struggle for Weir.

In 2012, he played in 14 events, and didn’t make a single cut. Weir was injured often over the next few seasons and had only made one cut in 2015 before his announcement in July.

He has used both of his career money list exemptions, but he will be entered into eight PGA Tour events in 2016 thanks to a combined major and minor medical exemption awarded to him by the Tour.

He said he is open to playing on other golf tours.

“I might mix in a few Web events to stay sharp, and I may even look at some events in Europe,” he said. “I need to play, and play a lot to get back mentally as much as physically. That just takes you playing.”

Despite the ongoing mathematics that will determine if Weir will be a full-fledged PGA Tour member through 2016, he is just trying to play good golf.

“A lot of the ‘life’ stuff is behind me now, and things are going pretty good. I can get back focused, and have a clear path in my mind,” he said. “I’m at a stage right now with my girls and the age they’re at that they’re fully on board.”

While the veteran begins his 20th year on the PGA Tour, he’s encouraged at what he sees from the future of Canadian golf. And, he’s happy to pass on his knowledge to the next generation of golfers.

“Watching them brings back memories of what I had to go through, and the way they go about it now,” Weir said. “It’s a little different times, but it’s fun to watch them.”