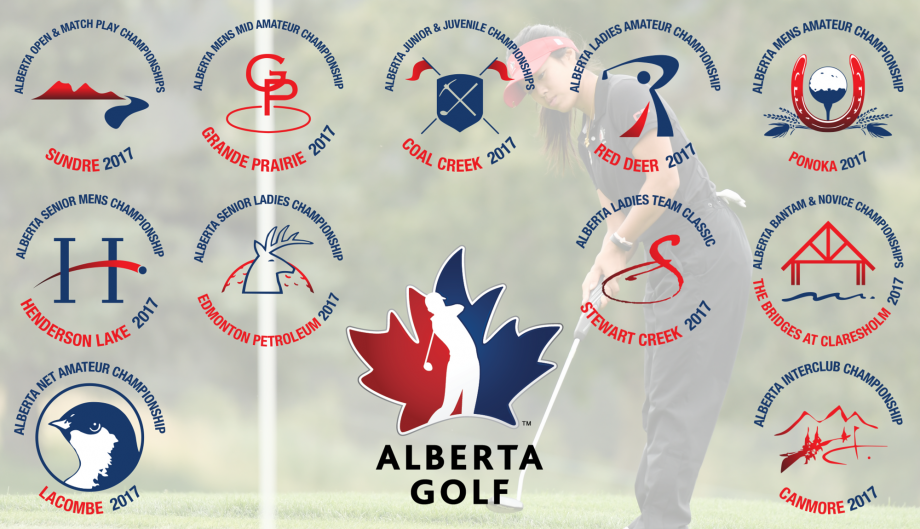 “With outstanding venues throughout the province that will both welcome and test all competitors, we are pleased to announce our 2017 championship schedule,” said Alberta Golf Executive Director/CEO Phil Berube. “As we continue to broaden our competition offering and explore additional formats to attract new competitors, we hope to see more players take advantage of the great value and high caliber events being organized by Alberta Golf.”

Alberta Golf’s championship season kicks off with regional qualifiers throughout May and early June for the Alberta Open, Junior & Juvenile, Mens Amateur and Senior Mens championships. Competitors can also register to qualify for the Glencoe Invitational.

The first championship of the season is the Scott Venturo Alberta Open & Match Play Championships at the Sundre Golf Club, June 19-22nd. The season will wrap up at the Alberta Mens Interclub Championship at the Canmore Golf & Curling Club on September 7th. The complete 2017 championship schedule as well as registration information can be found here.

The Alberta Net Amateur Championship will be held at the Lacombe Golf & Country Club, August 30-31st. This fun two-day competition is a net stableford format and a fantastic introduction to the competitive experience.

The Golf Fore the Cure presented by Subaru Provincial Event, the Alberta Ladies Team Classic, will be held at Stewart Creek Golf & Country Club on August 1st. The one-day event is a celebration of the success of all Golf Fore the Cure events held province-wide during the 2017 season. To date, the program’s fundraising efforts have totaled more than $5.9 million for breast cancer research nationwide.