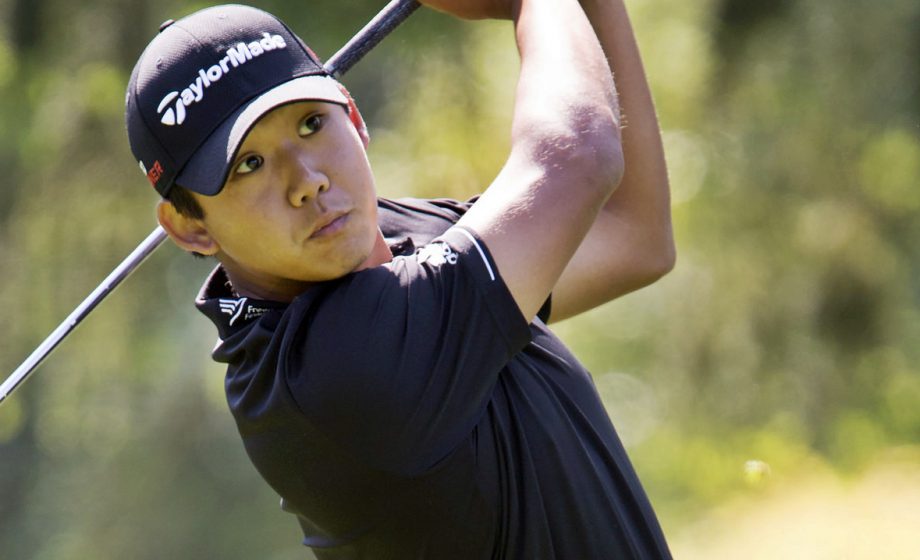 The 23-year old carded six birdies and a bogey to reach 11-under par and build a three shot lead over North Vancouver’s Eugene Wong after three rounds in Victoria.

“To get off to such a good start today got the ball rolling early, and I just felt great out there,” said Choi, who birdied four of his first five holes and led by as many as five shots on Friday. “I had no clue to be honest. I was just trying to stay in my bubble out there. I knew I was in a good spot, but I had no idea I was separating myself from some of the players.”

For the second straight Saturday, Choi will play in the final group after holding solo second place through 36 holes at last week’s PC Financial Open. Though he fell to a 1-over 73 at Point Grey Golf and Country Club in that round, Choi said the experience would be helpful heading into the weekend in Victoria.

“It was nice being in the final group on Saturday at Point Grey. There was a great crowd, it was a nice atmosphere and I’m kind of hoping for and expecting the same thing here,” said Choi, who went on to finish T10 for his first Mackenzie Tour top-10 finish. “Last week doing it once, I’m glad to put myself back in contention again and it’s great to be in the mix.”

The 2010 Canadian Amateur Champion and a member of Golf Canada’s Young Pro Squad, Choi played on the Web.com Tour in 2014 but finished outside the top-100 on the money list to lose status. This spring has been a strong one for Choi, however, with medalist honours at this year’s Florida Qualifying Tournament to go along with two wins on the SwingThought.com Tour.

“Apparently what I’ve been doing has been working pretty good,” Choi joked while saying he wouldn’t try to get ahead of himself on the tricky Uplands layout. “I’m just going to make aggressive swings to smart targets. You really don’t need to try and overpower this golf course. You just need to take what it gives you and play smart.”

Wong, who has posted three top-10 finishes in four starts on the PGA TOUR China Series this spring, carded four birdies and one bogey to hold solo second at 8-under. The two-time Mackenzie Tour winner said playing several events heading into his season debut in Canada would be helpful in the heat of battle this weekend.

“It’s definitely a good thing having a few starts under my belt. I know that I’ve competed very well over the past few weeks, and I know that my game can stack up to most players now,” said Wong.

Seven players, including Victoria native Cory Renfrew, were five back of Choi in a tie for third at 6-under par through 54 holes.