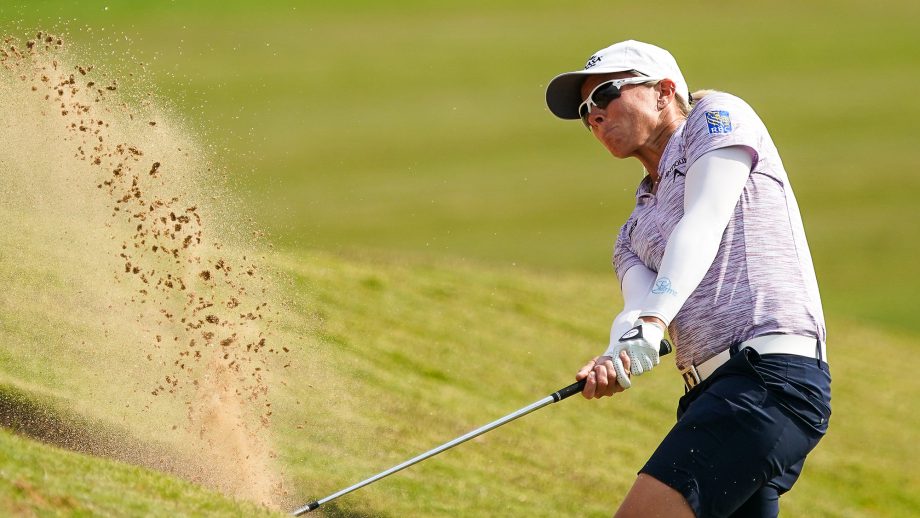 Alena Sharp is never home for a Canadian Thanksgiving turkey dinner, so she enjoys celebrating instead in late November. This year she had even more to celebrate at the end of the 2019 LPGA Tour season.

“This year is probably my best year that I’ve played,” Sharp said from Arizona, a week removed from her American thanksgiving celebration.

Indeed, the native of Hamilton, Ontario had one of her steadiest performances in her decade-plus as a professional on the LPGA Tour this past season. While she didn’t earn as much money as in 2016 – she played the U.S. Women’s Open that year, the richest purse in women’s golf – she had more top-10 finishes than any other year in her career and, overall, she’s never felt better at a season’s conclusion.

“I put myself into contention more often. I had more top-10’s in a year than I’ve ever had. I really can look back and say I played solid and steady, especially the last couple months,” said Sharp.

Sharp said what she was able to do on the greens was the key to her success this year.

In 2018 Sharp ranked 150th on Tour in Putting Average. This year, she rocketed up to 15th in the same statistic.

“That just goes to show you why my year was better, right there,” said Sharp, who continued to work with Vancouver-based coach Brett Saunders.

Sharp said Saunders identified that his pupil was not using her left-eye properly, although she is left-eye dominant. Sharp changed the way she looked down her putting line and thanks to Saunders’ equipment set-up (“He’s got cameras on every angle”) Sharp was able to, well, sharpen, her short game.

“I got into a putting routine and I never really had one in the past,” said Sharp, “and I definitely felt like I had a lot more confidence, especially on the greens.”

Sharp’s best finish of the year was a fifth-place result at the Dow Great Lakes Bay Invitational, a team event that saw her paired with Brooke Henderson for the week. She had three other top-10’s on the season.

Sharp said it’s been great to see Henderson’s ongoing fan support because the Canadian fans cheering Henderson on at tournaments around the world are also following Sharp most weeks, too.

It’s basically a forgone conclusion that the pair will also represent Canada at the Olympics in 2020 given where they’re at in the Rolex Rankings.

While Sharp is excited to represent the red-and-white again in Tokyo, she has her own individual goals she’s hoping to achieve as well – including finding the winner’s circle on the LPGA Tour for the first time.

To do that she’s going to have to top a field of LPGA Tour golfers that is getting stronger and stronger with each passing year.

“It’s way more challenging,” Sharp said of the level of competition now versus when she first joined the LPGA Tour. “Cuts are lower and it’s hard to win. You have to have four good rounds and even-par rounds don’t help you.

“It just goes to show you how the level of competition in women’s golf has increased. It’s made me as a player step up my game and step up my practice and be more focused on all those things.”

Sharp said creating a routine has been the key. Her putting success is thanks to her new routine and extra work in practice, but the whole of her approach to golf is built around trying to work smarter not harder.

“Have a plan for every day and once you’re done, you leave. You don’t stay out there to put the quantity (of work) in… it’s more about quality. As I get older it’s more about that because I don’t have as much energy as I used to,” said Sharp. “Being really smart on what I’m practicing, for how long, and the frequency of it per week is really important. That’s come up more often in the last couple years than when I was first on Tour.”

To put a bow on 2019 Sharp was also named a Player Director on the LPGA Tour’s Board, saying the reason why she followed through on joining the Board was because she wants to leave the Tour in a better place than when she first started playing.

With her newly elected post and her fine results, it was a big year for Alena Sharp both off the course and on.

She’ll enjoy a well-deserved break – with a quick trip back home in mid-December – before getting back to it and trying to achieve some of her big goals in 2020. Before she gets back into a routine and starts working hard again, she can reflect proudly on the year that was.

“There was a lot of hard work that paid off,” said Sharp.