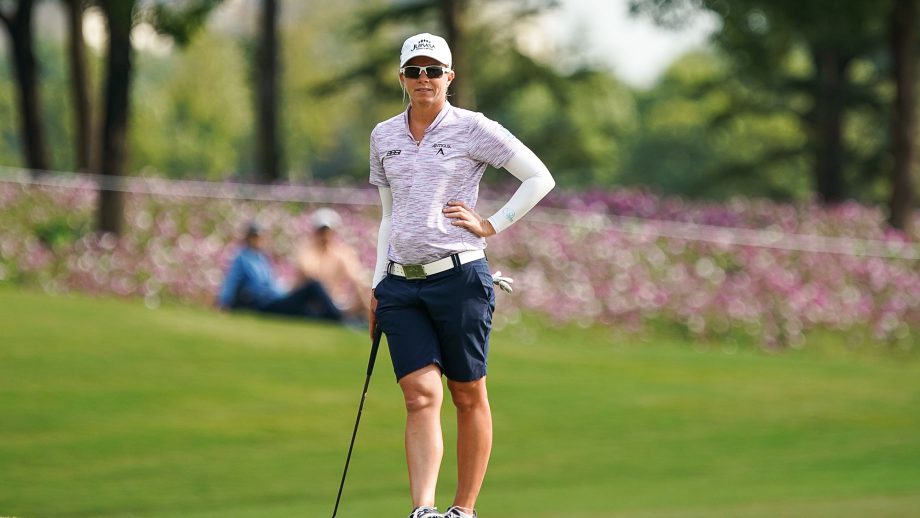 BARWON HEADS, Australia – Ayean Cho shot a 2-under 70 on a difficult day for scoring to take a one-stroke lead over Madelene Sagstrom after three rounds of the LPGA’s Vic Open.

The tournament at the 13th Beach Golf Links also feature a European Tour men’s tournament running alongside the women’s event.

Choi had a three-round total of 12-under 205. Canada’s Alena Sharp was in third, two strokes behind Cho after a 70.

“I don’t really think about winning but know that it’s there and really just stay in one shot at a time like I did today,” said Sharp. “I didn’t get ahead of myself, it was one shot after the next. It wasn’t, oh, I’ve got to hit a good drive on this next hole. No, I’ve got to make this putt first. Really stay in the present and stick to the process.”

Sharp’s best career LPGA Tour result came at the 2016 CP Women’s Open, where she finished fourth. She has 12 other top-10 finishes, including a tie for sixth at the 2019 ISPS Handa Women’s Australian Open.

In the men’s event, Min Woo Lee eagled the 18th hole for 4-under 68 to take a three-stroke lead over three-time European Tour winner Marcus Fraser and fellow Australian Travis Smyth.

After Saturday’s third round, the men’s and women’s fields were reduced to 35 players each plus ties. The final round will be played on the Beach course. That course and the Creek course were used for the first two rounds of the tournament.

In the men’s event, Min Woo Lee eagled the 18th hole for 4-under 68 to take a three-stroke lead over three-time European Tour winner Marcus Fraser and fellow Australian Travis Smyth.

“There is so much wind, it’s so hard to figure out when to pull the trigger, I think it might be one of the best rounds I have ever played, regardless of the score,” Lee said.“

“My old man plays off 14, he’s a good golfer and I think he would have struggled to break 110 out there,” said Fraser. “I think that’s as strong a wind as I’ve played in anywhere.”

The tournament is also sanctioned by the Australasian PGA men’s tour and European Tour and the European and Australian women’s tours.