All smiles as the world gathers in Ottawa 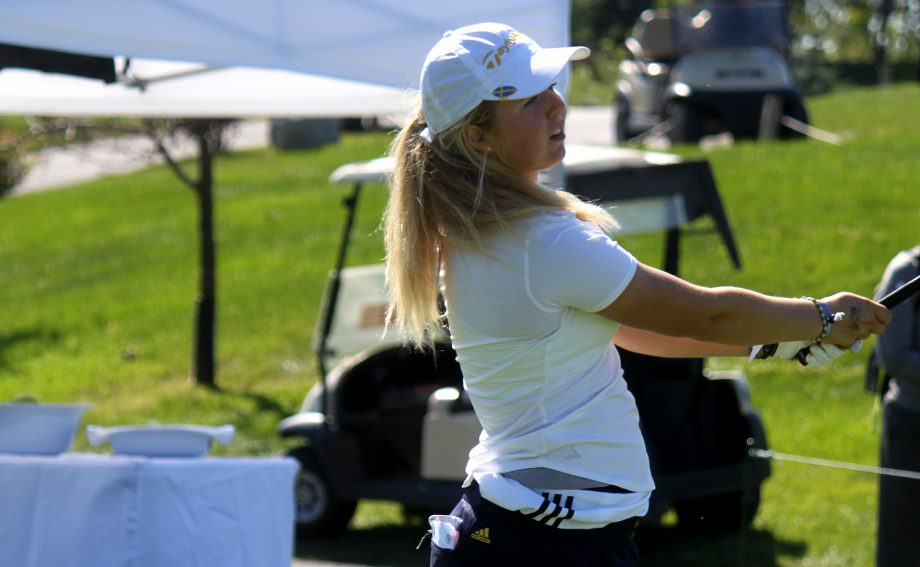 OTTAWA – It’s pretty easy to see how much the World Junior Girls Championship means to its participants. And you don’t even need to hear the golfers say anything – and with representatives of 14 different countries, you may not understand them anyway – you just need to look at their smiles.

For the six Canadians, and golfers from around the world, like Elin Esborn of Sweden, the World Junior Girls Championship – starting Tuesday from the Marshes Golf Club about 30 minutes from downtown Ottawa – is the pinnacle of many of their young careers.

“It feels really good to be one of the top three junior golfers in Sweden, but this is amazing,” Esborn says. The 18-year-old from Gothenburg (Sweden’s second-largest city) will be attending the University of North Carolina next year on a scholarship. But this is her first time on an international stage – after competing in the Junior Solheim Cup last week – and she is relishing the opportunity to be in Canada.

And that is exactly the experience Jeff Thompson, the Chief Sport Officer for Golf Canada, had in mind when they brought the idea to the International Golf Federation (IGF) for this particular championship.

“It’s been on our radar screen for the last five years or so,” Thompson explains. “There’s always been the Junior Boys’ in Japan but nothing for the girls. The IGF thought it was a good concept and they said they’d be happy to support us.”

2014 was the inaugural championship at Angus Glen Golf Club, the site of this year’s Pan American Games golf competition, where “Team Canada One” (as host nation, Canada gets two teams) finished third. Brooke Henderson led that squad, and, as everyone knows, has gone on to become a star on the LPGA Tour.

Two members of Golf Canada’s developmental squad are at The Marshes this week – Grace St-Germain (who is from Ottawa) and Alisha Lau. Four other British Columbians round out the rest of Team Canada: Hannah Lee, Euna Hun, and 15-year-old Kathrine Chan. Other than St-Germain and Lau, Team Canada is getting its first taste at international competition.

Golf Canada’s developmental team head coach Ann Carroll says the girls are feeling a new layer of pressure – being on home turf and representing Canada – but part of her job (and coach of ‘Team Canada Two’ Mike Martz) is to get the girls to feel as comfortable as they can so they can perform at their best.

“I think they’re felling very proud to be selected for this team, and we have to lessen that kind of pressure they put on themselves,” says Caroll.

Chan, who is hoping to make the Golf Canada National Team next year, says she feels a little bit more pressure this week to perform well. But, she states she wants to treat this as any other event and have fun.

“It’s so exciting to be here and represent Canada,” she explains.

But if this whole golf thing doesn’t work out for Chan, she admits she has a back-up plan.

“I want to go to college before maybe turning professional. I want to play golf, but I want to be a neurosurgeon too,” Chan says, nonchalantly, of her secondary career choice.

And that’s what this week is about, really.

There are girls who may never make it beyond junior golf, and some who might become household names playing this week. Thompson says he is excited for what the future holds for this event.

“We’ve made a commitment to put some momentum behind it and get it off the ground. We need to get partners engaged who have the same passion for it,” he explains.

There’s no doubt that the talent is here this week, and clearly, the event means a lot to both the participants, and the organizers.

“When you look at the field, the best countries in the world have their best players here,” says Thompson. “I think it’s the premier junior girls event in the world.”

For golfers like Chan, Esborn and all the others, hearing that is worth smiling about.