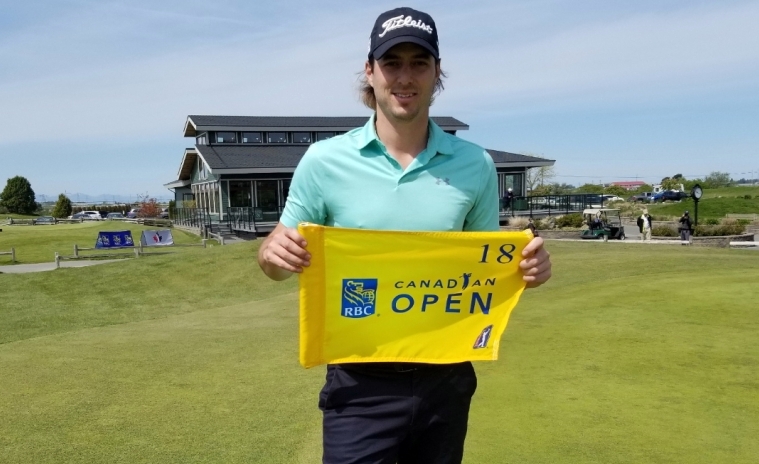 DELTA, B.C. – James Allenby of Langley, B.C., shot a bogey-free 7-under par 65 on Monday to earn medallist honours at Kings Links by the Sea, host of the first of three RBC Canadian Open Regional Qualifying events of 2019.

Allenby was one of 10 golfers to earn a spot in the field for final RBC Canadian Open Qualifying, taking place June 3rd at Heron Points Golf Links in Alberton, Ont.

Austin Hughes of Delta, B.C., carded a 4-under 68, while Raoul Menard of Ange-Gardien, Que., rounded out the top-three after firing a 3-under 69.

Five players all recorded even-par rounds of 72 to punch their tickets to the final stage. They were amateur Thierry Martine of Victoria, B.C.; Noah Lee of Langley, B.C.; Mewail Kidane of Vancouver; Bradford Curren of Hammonds Plains, N.S.; and Eric Banks of Truro, N.S.

In total, there are three regional qualifying events, each consisting of 18 holes of stroke play. Provided that there are 100 or more players in the field, the low qualifier receives an exemption directly into the 2019 RBC Canadian Open at Hamilton Golf and Country Club in Hamilton, Ont.

There are two more regional qualifying events before the final qualifier:

Additional information regarding the 2019 RBC Canadian Open Regional Qualifier at Kings Links by the Sea can be found here.

Tickets to the RBC Canadian Open are available at www.rbccanadianopen.com/tickets.