Allenby withdraws from RBC Canadian Open after split with caddie 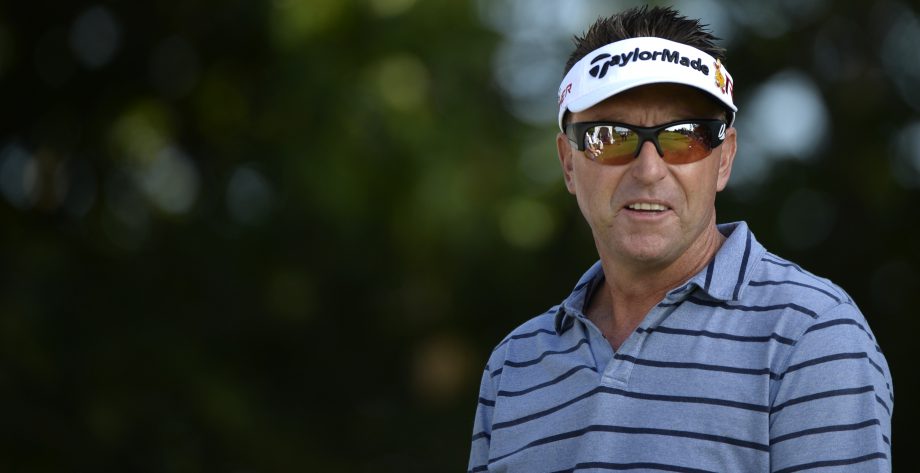 OAKVILLE, Ont. – Robert Allenby has withdrawn from the RBC Canadian Open after splitting with his caddie in the middle of the first round, with a fan carrying his bag the rest of the way.

Allenby shot a 9-over 81 Thursday at Glen Abbey Golf Club and finished his round with the fan on his bag because, according to Canadian golf outlet Score Golf, Allenby and caddie Mick Middlemo had a blow-up over club selection.

Score Golf reported that Allenby and Middlemo got into a heated exchange at the 13th hole, the Australian’s fourth of the day, and at the 18th the caddie walked off the course.

Earlier this year, Allenby was involved in a strange off-course incident in Hawaii. In January, after missing the cut at the Sony Open, Allenby said he was robbed and beaten and needed help from a homeless woman.

“You think … that happens in the movie, not real life,” Allenby told The Associated Press at the time. “I’m just happy to be alive.”

Allenby posted a photo on his Facebook account showing a facial injury that he said came from being thrown in the trunk of a car.

“I don’t know what they hit me with between the eyeballs, whether a fist or a baseball bat,” he said then. “Whatever it was, it hurts.'”

Allenby returned to play later in January, saying he had “no memory” of what happened for over two hours that night in Hawaii.

The 44-year-old has missed the cut nine times and now withdrawn twice since that incident.

Golfers and caddies splitting midround is extremely rare, but not unprecedented.

Jessica Korda fired her caddie after nine holes during the third round of the 2013 U.S. Open, and caddie Michael Lawson walked off the course at the 2014 Barracuda Championship, leaving Brian Stuard to depend on the kindness of strangers.