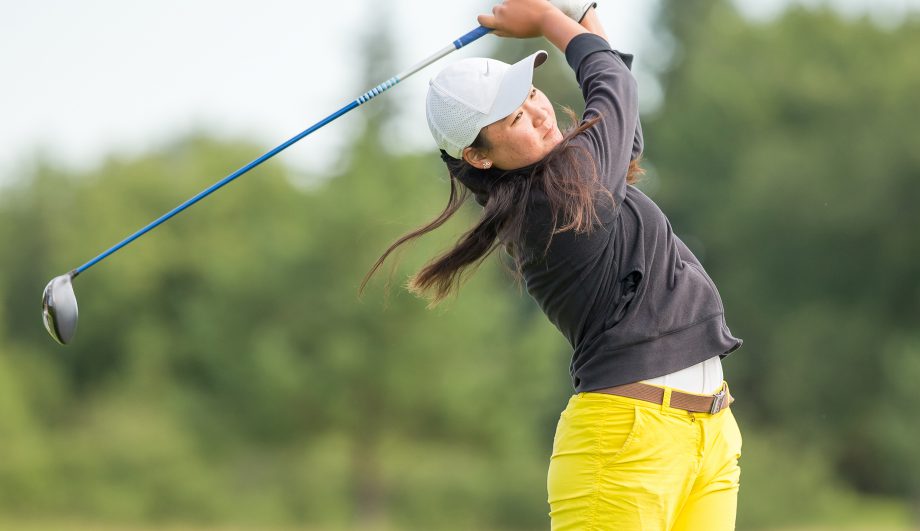 NEW MINAS, N.S. – Heavy rains prompted a 60-minute delay at Ken-Wo Golf Club prior to the opening round of the 2016 Canadian Women’s Amateur Championship. When the skies cleared and play commenced, Allisen Corpuz shot 2-under 68 to claim sole possession of the first-round lead.

The Honolulu, Hawaii native teed-off with the morning wave at 9:14 a.m. ADT. Four birdies through her first six holes – including a string of three-in-a-row on holes 2 to 4 – led the University of Southern California Trojan onto the back nine at 3-under. The 18-year-old extended her advantage with two birdies on holes 11 and 14, and recorded three bogeys through holes 12-16 to take the clubhouse lead at 2-under 68.

Ten players sit one stroke behind Corpuz in second, led by Maddie Szeryk of London, Ont. The Texas A&M Aggie who began the day on the back nine, posted a 3-under 32 across her first nine holes, but faltered with bogeys on holes 2, 8 and 9. The 20-year-old is the top-ranked Canadian Amateur in the world at No. 37. Szeryk returns to the national championship following a T6 result at last year’s tournament hosted by Riverside Country Club in Saskatoon.

National Team member Josée Doyon of St-Georges, Que., and Mississauga, Ont., native Michelle Ruiz sit two-strokes back of the lead as part of a nine-way tie for 12th.

Doyon collected one birdie on the day to lead Team Québec to a four-stroke lead at a combined 1-over 141 in the inter-provincial competition. Katherine Gravel-Coursol of Mirabel, Que., recorded a 71, while St-Hyacinthe, Que., native Valérie Tanguay was 3-over.